Former soccer player Jean-Pierre Adams has died after being in a coma for 39 years. The French athlete was 73.

“This morning, we learned about the death of Jean-Pierre Adams. He played for Nimes on 84 occasions and alongside Marius Tresor, he formed the ‘Black guard’ in the French national team,” Adams’ former club Nimes Olympique wrote on Twitter, as translated by ESPN. “The club offers its most sincere condolences to his loved ones and family.” 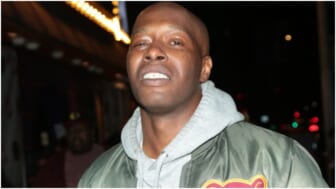 “Paris Saint-Germain has lost one of its glorious former players,” PSG said in a statement, again translated by ESPN. “PSG offers its condolences to his family and loved ones.”

Nice added in a statement that the club will pay tribute to Adams during their home game on Sept. 19.

Adams ended his playing career in 1981 after brief spells with Mulhouse and Chalon. His last international appearance was against Denmark in 1976.

Adams had been lying in a coma at his home in the French city of Nimes since 1982. He became comatose following an alleged anesthetic error during knee surgery at Lyon Hospital.

According to reports, the hospital staff was on strike at the time he was being cared for. Per CNN, among the “numerous errors,” Adams was administered a near-fatal dose of anesthetic and he was intubated incorrectly, which led him to suffer a cardiac arrest and brain damage. 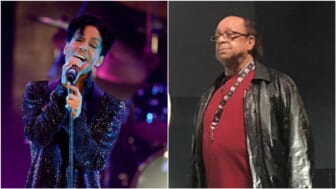 Adams had since been cared for by his wife Bernadette. He is also survived by their two sons Frédéric and Laurent.

“The female anesthetist was looking after eight patients, one after the other, like an assembly line,” Bernadette told CNN back in 2016.

“Jean-Pierre was supervised by a trainee, who was repeating a year, who later admitted in court: ‘I was not up to the task I was entrusted with,'” she continued.

“Given it was not a vital operation, that the hospital was on strike, they were missing doctors and this woman was looking after eight patients, in two different rooms, someone should have called me to say they were going to delay the operation.”