Williams was an ACLU ambassador for ending mass incarceration

Assemblymember Rodneyse Bichotte Hermelyn, who represents parts of Brooklyn—including Williams’ neighborhood of East Flatbush, is working with the ACLU on the bill, TMZ reports. She tells the outlet that the bill aims to reduce mass incarceration, and will focus on the youth — specifically Black and Latino individuals. 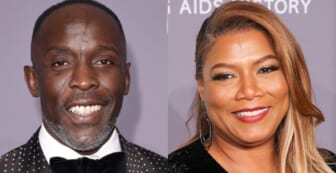 Williams, 54, was an ACLU ambassador for ending mass incarceration. He was found dead in his Brooklyn home on Monday by a family member, theGrio previously reported. Prior to his death, the Emmy-nominated star was working on a documentary about former prison inmates reentering society.

Hermelyn says Williams had also teamed with her husband, Edu, and The Wire actor Jamie Hector to pass out school supplies during a Sept. 12  back-to-school event in Brooklyn. Per TMZ, the event will now be held annually in remembrance of Williams.

Meanwhile, police are investigating Williams’ death as a possible drug overdose. As previously reported by theGRIO, his cause of death won’t be confirmed until a toxicology test is completed. However, TMZ is reporting that the New York Police Department is investigating the origin of the narcotics found in Williams’ apartment. Several outlets claim the drugs were heroin laced with fentanyl.

In a 2012 interview, Williams revealed that he spent much of his earnings from his critically-acclaimed portrayal of Omar Little on The Wire doing drugs “in scary places with scary people.”

“I was playing with fire,” Williams told NJ.com, though he also insisted he limited himself to marijuana and cocaine, “nothing stronger” — for example, heroin.

“It was just a matter of time before I got caught and my business ended up on the cover of a tabloid or I went to jail or, worse, I ended up dead,” Williams said. “When I look back on it now, I don’t know how I didn’t end up in a body bag.” 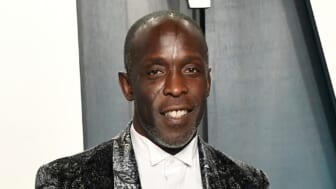 Williams rose to fame on The Wire, and the Lovecraft Country star is also best known as Chalky White in Boardwalk Empire. After news of his death, tributes poured in on social media on Monday.

Queen Latifah paid tribute to her longtime friend on Tuesday, sharing a photo on Instagram of her and Williams together at an event.