The Roc Nation singer/songwriter declined vaccination due to her religious beliefs.

The NFL has canceled an appearance by Grammy Award-winning singer and songwriter Victory Boyd.

Boyd was set to perform the national anthem during the season’s opening in Tampa, Florida. The league canceled the performance because she allegedly declined the vaccine for COVID-19, citing religious reasons The Epoch Times reports.

“As I understand that Victoria will not be fully vaccinated by the time of the kickoff game, she would not have been able to comply with the terms of the Game Day Field Access Policy,” Seth Dudosky, the league’s senior director for media and entertainment events, told the media outlet.

“And as a result, we, unfortunately, will not be able to invite Victoria to perform the national anthem at this year’s Kickoff game.” 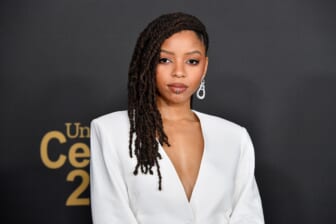 The 2021 season-opening game features the Super Bowl champion Tampa Bay Buccaneers taking on the Dallas Cowboys. Dudosky says vaccination is the league policy, telling the outlet in an email:

“The NFL’s Game Day Field Access Policy requires that all individuals accessing the playing field and surrounding sideline areas within the stadium bowl (including individuals involved in game presentation elements such as the singer of the national anthem) be fully vaccinated.

Under the policy, ‘fully vaccinated’ means 14 days have passed since the individual received the final dose required in the vaccine sequence, in accordance with guidance from the Centers for Disease Control and Prevention. This requirement is mandatory and fully complies with the laws applicable to the type of business relationship contemplated here, and we are not in a position to make an exception.”

Dudowsky revealed that Boyd was given a $20K performance fee and said the league was excited that she was going to perform opening night. The NFL also agreed to cover the travel costs of her and her entourage, “as well as all costs, expenses, and fees related to the services of all of artist’s support personnel in connection with the performance and all related obligations.”

The contract had yet to be signed before the performance was canceled. The 27-year-old inspirational singer/songwriter, who is signed to Roc Nation, is a former New York City busker who performed with her family in Central Park. Her music blends soul, inspirational, and folk music and she’s performed the national anthem at NFL games twice previously. 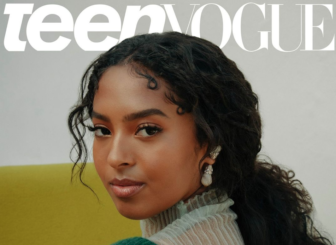 Boyd stands by her decision to not be vaccinated.

“The Bible admonishes Christians to appreciate their bodies as being sacred and a temple of the Holy Spirit and to not participate in things that can defile the body or render the body dysfunctional,” she told the outlet.

“I am in prayer to make sure that the Lord guides me into the right decision concerning receiving an unproven injection with artificial properties that can potentially have a long-term effect on my reproductive health. If I want to take the vaccine, the decision will be between myself, my doctor, and my God. At this point, the Spirit of God is leading me to take a stand for freedom of choice.”

She also said that she worries the decision to cancel her performance due to her vaccination status may encourage other areas of entertainment to mandate the shots.