Vice President Kamala Harris touched down in San Leandro, California, on Wednesday, where she called out Texas Republican Gov. Greg Abbott during a campaign event for Gov. Gavin Newsom.

Harris made time to blast Gov. Abbott for saying he would “eliminate all rapists” in response to the state’s strict new abortion law. 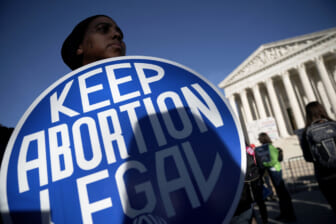 The new Texas anti-abortion law, S.B. 8, has no exceptions for rape, incest, or domestic violence survivors, theGRIO reported. These women would not be eligible for an abortion after six weeks, the earliest time a heartbeat is detected in a fetus, and long before many women know they are pregnant. The only exemptions are for medical emergencies.

Despite the bill being challenged, the Supreme Court rejected a request to stop the near-total abortion ban.

On Tuesday, Gov. Abbott said he would “eliminate all rapists” when asked about rape victims having to carry their pregnancies to term because of the abortion law.

“Rape is a crime, and Texas will work tirelessly to make sure we eliminate all rapists from the streets of Texas by aggressively going out and arresting them and prosecuting them and getting them off the streets,” Abbott said.

At least 12 other states have enacted bans on abortion early in pregnancy, but all have been blocked from going into effect. 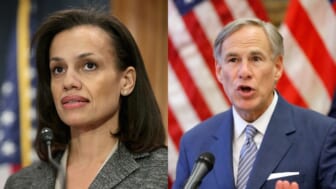 What makes the Texas law different is its unusual enforcement scheme. Rather than have officials responsible for enforcing the law, private citizens are authorized to sue abortion providers and anyone involved in facilitating abortions. Among other situations, that would include anyone who drives a woman to a clinic to get an abortion. Under the law, signed by Abbott in May, anyone who successfully sues another person would be entitled to at least $10,000.

Backlash over the bill has been loud, with President Joe Biden and Harris weighing in on its constitutionality.

“This decision is not the last word on Roe v. Wade, and we will not stand by and allow our nation to go back to the days of back-alley abortions,” said VP Harris via an official White House statement.