In a one-on-one interview with theGrio, Alexis McGill Johnson says abortion restrictions across the country will disproportionately impact communities of color.

As backlash from a sweeping abortion law in Texas resounds across the nation, Planned Parenthood’s president says the law will disproportionately impact Black communities and other communities of color who live in low-income areas.

“This law is not going to stop people from seeking access to abortion. And people who have resources have always been able to get access,” says Alexis McGill Johnson, president of Planned Parenthood.

“It’s going to be our communities that are impacted by an ability to take off work, to find the child care, [and] the resources they need to get out of state in a way that allows them access.”

McGill Johnson heads an organization that provides reproductive healthcare in over 600 clinics across the United States and has also been the target of protests and violent attacks by anti-abortion extremists.

Under a new Texas law, any health care provider or person suspected of helping a patient get an abortion after six weeks can be sued in court — a consequence, McGill Johnson calls a “bounty hunter provision.” 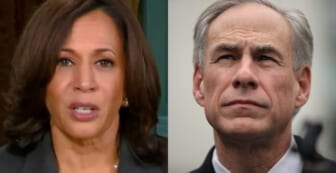 “What’s at stake is everything, particularly for Black and brown indigenous communities, for low-income folks who now have essentially two weeks to make a decision about whether or not this is the right time for them to become a parent or to continue their family,” McGill Johnson tells theGrio.

The U.S. abortion rate has been declining since 1973 due to fewer pregnancies, according to the Guttmacher Institute, a pro-abortion rights research institute. Black women have the highest abortion rate at 27.1 per 1,000 women, with non-Black Hispanic women also accounting for higher rates than white women.

Research from Guttmacher indicates that unequal “access and effective use of contraceptives” may account for the disparity.

“Women who get abortions are disproportionately low-income, young, Black and Latina. It is important for us to be able to make decisions about our future, our freedom to help determine where we want to be in our lives,” McGill Johnson said.

“Reproductive freedom is a critical part of the freedom that we continue to fight for in this day and age, particularly as Black people.”

McGill Johnson also highlights that despite any preconceived notions about who gets abortions or their situations, many abortion patients are already parents.

“They know full well what is involved in extending a family within their lives and needs,” says McGill Johnson. 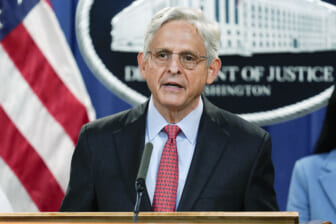 In the past decade, new campaigns targeting Black communities with anti-abortion messages alleging “Black genocide” and “population control” have sprung up, seizing the language of Black Lives Matter to make their case.

“What they’re really revealing with all the misinformation is they just don’t trust Black women to make decisions about their bodies,” McGill Johnson argues.

“We don’t need to justify a reason,” she tells theGrio. “That is the other place where I think we get caught up in the conversation of trying to ‘put yourself in someone else’s shoes.’ And what you’re really doing is putting your judgment into that person’s shoes.

McGill Johnson says the fight for reproductive rights in the short-term will center around supporting patients in need with travel and funding to get abortion healthcare, as well as emotional support.

She says attacks on abortion are connected to attacks on voting rights, and both should be issues on the ballot for voters’ consideration in 2022.

“We are engaging in a very intersectional way,” says McGill Johnson. ”We always know what it means to fight back.”

Watch a clip from the interview with Alexis McGill Johnson above, where she explains how the Texas law was a long time in the making.