"This idea came basically from me wanting to find a way to eradicate food deserts within the Oakland area,” Ayesha Curry said.

On Thursday, the Currys held an intimate meet and greet for local children outside of their brightly colored “Eat. Learn. Play.” bus, which Forbes reports is a “mobile resource unit that will distribute hot meals, grocery staples, fresh produce and free books to underserved children in Oakland.”

The party on wheels is completely decked out in flat-screen televisions, a rooftop deck, speakers, and murals. And it’s been refurbished to transform into a mobile bookstore, food truck, and entertainment center all in one. 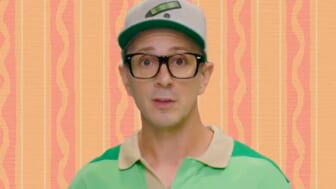 “This idea came basically from me wanting to find a way to eradicate food deserts within the Oakland area,” Ayesha said, according to NBC News.

“At first, the idea was around, ‘How can we find locations where people can come and pick up fresh produce and other things for their families?’ Logistically, especially with COVID, that idea started to seem far-fetched.”

Researchers found that there was a one-third increase in food insecurity since the start of the COVID-19 pandemic with over 30% of those households stating they were newly food insecure according to an article by Michigan State University. According to “Eat. Learn. Play,” 37% of kids live in food-insecure homes with children of color disproportionately affected in Oakland.

“That, to me, is unacceptable,” she added. “It’s not the teacher’s fault. It’s not the parents’ fault. It’s a community issue. Let’s get together, give this model a try and see if we can create some excitement around reading. If we can all join together and try to fix the issue together and turn these numbers around, then I think we’re doing something right.”

“We wanted to make it colorful and have all the hydraulics and antics to have that feeling like when you’re a kid and the ice cream trick would come driving down the street. We wanted kids to feel that same excitement about books and food,” Ayesha told Forbes of the decision to paint the vehicle pink, blue and yellow. 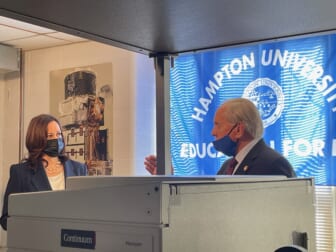 Chris Helfrich, CEO of Eat. Learn. Play, said that the renovation cost approximately $350,000. However, once you factor in the cost of the books themselves, that figure skyrockets closer to a million dollars.

Although Helfrich declined to disclose just how much money the Currys personally invested in the foundation since it started in 2018, he did note that the foundation footed the bill for the entire venture. Any donations it receives will be donated directly to serving the community.

According to the report, the foundation “aims to deliver 100,000 books, 50,000 hot meals and more than 500,000 pounds of fresh produce to families over the next year,” and its website goes on to explain that there are plans to host community events, including book readings, cooking demonstrations, youth sports clinics and health screenings in the new bus.

They also give praise to the Alameda County Community Food Bank, a nationally recognized food aid and logistics expert which will be stocking the food provided by “Eat. Learn. Play.”

“This has exceeded all our expectations in terms of something that’s new and unique and fun—and it’s also with something that has a purpose in terms of creating joy around literacy,” said Steph who Forbes cites as the 11th highest-paid athlete in the world, with earnings of $74.5 million in 2021.

Steph hopes to one day see a fleet of these buses posted all around Oakland and is planning to make the foundation and other charitable work a top priority when he retires from the NBA.

“For me, it’s about approving the right programs and processes so that when I’m done playing, I’ll have the capital time to invest in terms of how we scale (the foundation) up,” he explained.