Tiffany Foster's kin hope overdue media attention will help them find answers to what happened to her six months after she vanished.

More than six months after her sudden disappearance in March, the family of 35-year-old Tiffany Foster is hoping media attention will finally help them find answers.

The mother of three had just gotten engaged at the time, and she was set to graduate from Georgia Military College, where she was studying criminal justice.

Her sister, Kimberly Bryan told People magazine “everything was aligning for her.” She said of Foster: “She was getting everything she wanted.”

Foster is being featured in a cover story about eight moms across the country who have gone missing.

The resident of Newnan, Georgia disappeared from her home on March 1, 2021. Her family became concerned when she missed a class at school. Ten days later, she didn’t get on a flight for which she had previously paid to visit a friend in Texas.

Bryan said her family called Foster to no avail, and she was not on social media either — which, her sister said, “was very unusual for her.”

According to Bryan, she sensed something was amiss with Foster in the days leading up to her disappearance, saying she was not herself, adding: “I feel like I should have probed more and dug more to kind of see what was going on with her.”

Foster’s car was discovered in a parking lot in College Park, Georgia. Her purse and credit card were found with the vehicle, but her cell phone was not. 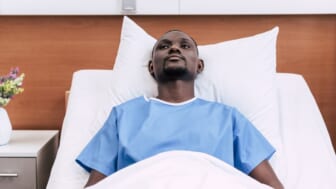 The missing woman’s fiancé, Reginald Robertson, was charged on April 8 with theft for moving her car after she was reported missing. Just over a week later, he was also charged with kidnapping Foster in an incident the previous year. He has not, however, been charged with her disappearance.

He remains in jail and has not entered a plea in either charge.

Still, Foster’s family remains optimistic that they will find the answers to what happened to her. 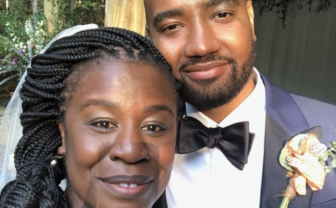 “I think in God’s time everything is going to come to the surface,” Bryan told the magazine, “and what we’ve been asking for and wanting we’re going to get. We’re going to get answers to where she is. We just have to be patient.”

“I just want people to know she just didn’t walk off,” Bryan said of her sister. “Something had to have happened because that’s not her character to just abandon her family, her kids and her responsibilities.”