R. Kelly’s former background dancer testifies she walked in on him and Aaliyah in ‘sexual encounter’

A former backup dancer/singer for Kelly gave an eerily similar account during an interview featured in the Lifetime docuseries 'Surviving R. Kelly.'

As R. Kelly’s criminal case continues in Brooklyn, New York, more is being revealed by witnesses who say they saw firsthand the disgraced R&B singer’s relationship with Aaliyah.

A witness previously referred to as Jane Doe took the stand on Monday and says she caught Kelly giving Aaliyah oral sex on the back of a tour bus in the early 90s, per The Huff Post.

The witness, who identified herself as just “Angela,” is the 10th witness to testify. She told the court that she worked as a background dancer for Kelly. She claims that she and another woman were playing a pranking game while on tour. At some point, they decided to prank Kelly. Angela claimed she “slightly opened the door and saw Robert and Aaliyah in a sexual situation.”

According to Angela, Kelly’s head was between Aaliyah’s legs while he was on his knees. Aaliyah was underaged at the time of the alleged incident. 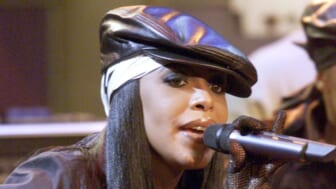 This isn’t the first time someone who worked in Kelly’s camp during that time claimed they walked in on Kelly and Aaliyah. During the Lifetime docuseries Surviving R. Kelly, Kelly’s former backup singer/dancer Jovante Cunningham told producers that she walked in on Kelly and Aaliyah on the back of a tour bus. It’s assumed that Cunningham is the witness known as “Angela” who testified, but there’s no official confirmation.

“My husband and I were always on tour with [Aaliyah] and at interviews and every place she went throughout her entire career,” the statement read in part. “Whoever this woman is [who is making the allegations], I have never seen her before anywhere on planet earth, until now.” 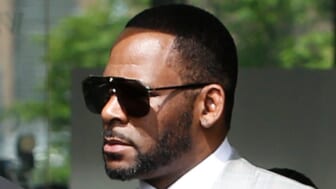 Kelly and Aaliyah were illegally married in August 1994. At the time, Aaliyah was 15-years-old and Kelly was 27. Kelly’s former road manager Demetrius Smith testified that Kelly married Aaliyah to avoid jail time because he believed Aaliyah was pregnant with his baby, theGrio previously reported. Smith admitted to helping orchestrate the illegal union by bribing an Illinois government employee $500 for a fake ID. The ID listed Aaliyah’s age as 18, though a birthdate was missing.

Norman Edmond, the minister who officiated the illegal ceremony also testified, saying he did so as a favor to a mutual friend but was unaware of who Aaliyah and R. Kelly were. He also claimed he was asked to sign a confidentiality agreement, but refused. He says he could not tell how old Aaliyah was at the time of the wedding because her hair was covering her face.

Aaliyah’s parents had the marriage annulled in 1996. To this day, her family, with the exception of her uncle and former record label owner Barry Hankerson, denies there was ever a relationship between Kelly and the late R&B singer.