A probe is underway examining if a former corrections officer accessed Kelly’s correspondence and leaked it to a YouTube blogger.

A federal investigation is currently underway into the actions of a former corrections officer who allegedly accessed and leaked correspondence from disgraced R&B star R. Kelly to a popular YouTube blogger.

A federal search warrant was recently unsealed in Chicago that notes agents seized a laptop from a U.S. Bureau of Prisons officer who illegally accessed Kelly’s recorded phone calls, emails, visitor logs and other restricted information when he was housed in New York’s Metropolitan Correctional Center.

The female officer was reportedly sharing information with popular YouTube blogger Tasha K, who was then sharing it with her subscribers.

In one post in 2019, Tasha K — whose real name is Latasha Kebe — shared she had an inside scoop into the goings-on of Kelly’s two girlfriends. During the 39-minute video, Kebe told her viewers: “Yeah, there’s a phone tap somewhere, and I’m not gonna tell you where it’s at.”

“I have the plug,” she added. “I’m not gonna tell you where I got the information from, but just listen to the damn information, OK?”

According to the warrant — which was obtained by The Chicago Tribune and placed behind a paywall on the newspaper’s website — the officer, who is only identified as Officer A, shared illegally accessed information with Kebe. The popular blogger has not yet been charged with any crime. 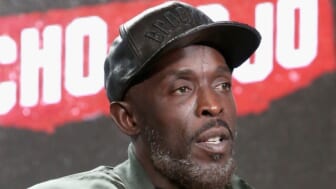 According to reporting from The Daily Mail, Officer A, who worked in a unit in Wisconsin, accessed Kelly’s records 153 times between July and December 2019. She had no ties to the singer and no reason to access the records. She allegedly also accessed and printed out Kelly’s visitor logs and commissary records.

The unidentified officer retired in December 2019 but allegedly emailed herself a 12-page scan of her records before her departure. 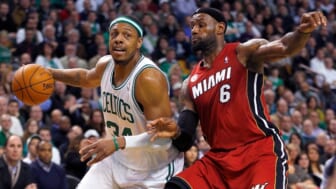 Also Read:
Paul Pierce says he wasn’t ‘great fit’ at ESPN because ‘you have to talk about LeBron all the time’

Officer A has not yet been charged with a crime, but the warrant is seeking a search warrant for her desktop computer, as well as access to her financial records, which may reveal any financial transaction between herself and Kebe.

In 2019, Kebe sued rapper Cardi B, alleging she had threatened her. The case was dismissed earlier this summer.