Hankerson spoke separately about R. Kelly's abuse against Aaliyah, saying he considered confronting the singer himself but decided he "wasn't a hardcore criminal"

Friday, August 27 was a day of bittersweet celebration for many fans of the late R&B icon Aaliyah.

Not only did the date mark the 25th anniversary of the Brooklyn-born singer’s multiplatinum 1996 album One in a Million, fans were also able to listen to the album via streaming services for the first time ever, with more of the beloved artist’s music scheduled to rerelease soon, per an announcement from her uncle Barry Hankerson earlier in August.

On Wednesday, the 74-year-old sat down with Audacy’s Darian “Big Tigger” Morgan to discuss Aaliyah’s discography arriving on streaming platforms 20 years after her death in 2001, as well as an upcoming posthumous album, said to feature unreleased music and collaborations with the likes of Drake and Ne-Yo as well as artists who did not have the chance to work with the late singer during her lifetime, such as Snoop Dogg and Future. 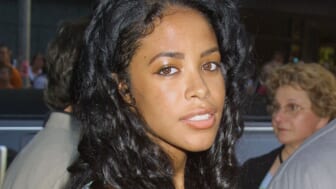 28-time Grammy winner Beyoncé is among the artists who have never officially released a song with Aaliyah, despite the two being in close orbit during the overlapping years of their careers. During Wednesday’s interview, Hankerson praised the Crazy In Love singer’s longevity and revealed that the two R&B giants co-wrote a handful of songs during their brief time together.

“I’m a fan of hers, Aaliyah was a fan of hers,” said Hankerson, founder of Blackground Records, the record label responsible for releasing the majority of Aaliyah’s discography. “To her credit, Beyoncé actually came into the studio and helped Aaliyah write some songs.”

“She was very non-egotistical in that point of view, which I appreciate because I’ve worked with a lot of artists that the ego — we’ve had to move some furniture to get them in the room,” Hankerson continued, praising Beyoncé for being a cultural “mainstay” of the last 20 years, adding that it is “unfortunate” the two never got a real chance to work together.

Aaliyah, whose full name is Aaliyah Haughton, died at the age of 22 in a plane crash that occurred less than two months after the release of her self-titled third studio album. Despite her young age, she was already a veteran in the music industry, initially signing to Blackground at the age of 12. 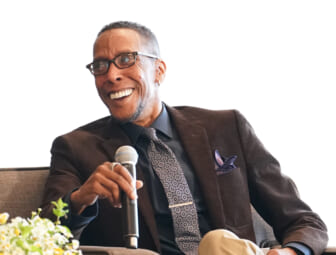 Also Read:
Ron Cephas Jones on new seasons of ‘This Is Us,’ ‘Law & Order: Organized Crime’

Before going on to release three studio albums selling millions of copies around the globe during her short but legendary career, Aaliyah was introduced to another artist Hankerson mentored at the time — R. Kelly — who was later found to have manipulated Aaliyah into illegal sexual relations when she was a minor.

Rumors of an illegal relationship including an alleged secret marriage between the two began circulating alongside the release of their first collaborative studio album in 1994, titled Age Ain’t Nothing but a Number. The allegations were later confirmed with Vibe Magazine’s release of a 1994 marriage certificate that falsely listed the 15-year-old Aaliyah as being 18 years of age. The marriage was later annulled by her parents in 1995.

The long-awaited legal trial for Kelly, born Robert Sylvester Kelly began Wednesday for several allegations of sexual and psychological abuse against girls, boys, and young women including Aaliyah throughout his career.

During a Thursday morning appearance on The Rickey Smiley Morning Show, Hankerson revealed he considered handling matters with Kelly himself but decided against it because he “wasn’t a hardcore criminal.”

“To be very honest with you, of course, I was upset. I had to really, really consider what my actions would be,” Hankerson said. “And really I found out, I wasn’t a hardcore criminal. I couldn’t kill nobody.”

“I’m a Muslim, and I went to Minster Farrakhan and we just prayed about it, resolved ourselves to let God handle him,” he continued. “I think that’s what’s going on. Ain’t no sense in two lives getting destroyed.”

Kelly is on trial for one count of racketeering based on sexual exploitation of children, kidnapping and forced labor, and eight counts of violating an act that prohibits transporting people across state lines for prostitution, per the New York Times. The 52-year-old has previously pled guilty to over 20 accusations of sexual abuse.

In 2019, Kelly was arrested for federal charges of sex trafficking with a 13-count indictment including charges of child pornography, enticement of a minor and obstruction of justice.