In her new memoir"Unbound," #MeToo founder Tarana Burke recounts her interaction with the man who sexually assaulted her when she was just 7-years-old

It would be impossible to talk about the history of the #MeToo without mentioning its founder, Tarana Burke. The movement, which started in 2006 and grew into a global phenomenon, encouraged victims of sexual assault and harassment to tell their stories without fear of being ridiculed. 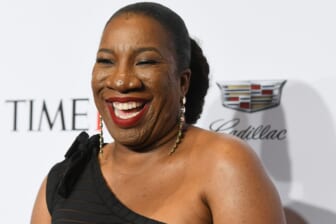 This sparked a wave of women, and men, coming forth with accounts of sexual assault and naming their abusers. Some of the accused included powerful heavy hitters in the industry, such as former Miramax founder and movie producer Harvey Weinstein, singer R. Kelly, former NBC host Matt Lauer, former New York governor Andrew Cuomo, and more.

In her 2021 memoir, “Unbound: My Story of Liberation and the Birth of the Me Too Movement” Burke reveals her own rape.

In an interview with PEOPLE, Burke shares that she saw the man who raped her when she was just 7-years-old. The activist, now 48, was attending a Father’s Day cookout in her old Bronx neighborhood when she saw her abuser. He did not recognize or acknowledge her.

“You don’t even know me. How dare you not know me? I’ve thought about you nearly every day since I was seven and you have the luxury of looking right through me. It’s just not fair,” Burke tells PEOPLE.

In an interview with The New York Times, Burke shared how learning that her rapist, now a New York City police officer, had simply gone on with his life, made her feel.

“It took me a long time to feel angry. I felt ashamed. And then, about a decade ago, I saw him again, at a Father’s Day event back in our old neighborhood in the Bronx,” Burke said. “I just was so angry that he got to be in that moment. I felt like, “You got to walk around, barbecue and make friends and have fun. He’s become a police officer with two daughters. He got to do all of the things. And I just was like, “How do you get to do these things, and I have thought about you almost every day for 40 years?”

She revealed that as a child she never told her parents about being raped, due to fear of her stepfather hurting the perpetrator.

The activist says sharing her story has helped her find strength despite the ordeal.

“I saw the power in being in a room full of people and having somebody tell their story. The moment somebody says, ‘Oh my God, that happened to me too,’ you feel a sigh of relief, you unclench your jaw, you relax a little bit, because you feel seen and you’re not alone.”

Burke says that her rapist was 18 at the time of the assault. As of right now, she does not feel that she is in the place to confront her abuser but says there may be a time when she does. 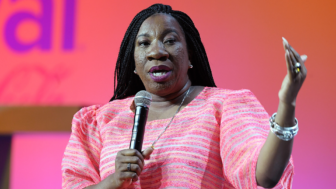 “No, I’m not in that place. It might come at some point,” she told the Times. “I had to tell myself what I tell survivors, which is that my responsibility is to survive.”