There won’t be a Diddy and Jermaine Dupri Verzuz anytime soon, if it’s up to Diddy. The media mogul declined a Verzuz challenge with Dupri, sharing that Dr. Dre is “the only one” he’d enter the Verzuz “ring” with.

Verzuz has become one of the biggest music moments since its launch in the early days of the pandemic in 2020, theGrio previously reported. Bringing together music fans all over the world, Verzuz sees some of the biggest names in music coming together to compete and celebrate their expansive catalogues. 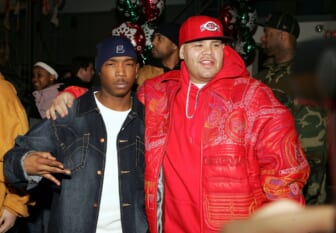 Ja Rule and Fat Joe’s epic Verzuz battle took place on Tuesday at Madison Square Garden, and music producer and songwriter Dupri took to Twitter to show that he was there, and also reach out to a certain fellow musician. He shared a selfie of himself outside of the massive arena, and wrote in the tweet, “Somebody let @Diddy know I’m @thegarden right now ! And he gon need some training for me.”

Fans all over immediately saw the tweet, as did Diddy, who swiftly responded to Dupri (and gently let him down.) Diddy wrote in his response, “Beloved you my n-gga but your arms too short to box with God!!! You aiint got enough hits. I’ll smash you with just biggie n Mary . But I do have the upmost respect on you as a musical legend.”

Diddy finished out his response by naming the only person he thinks is worthy to “get in the ring” with the hitmaker. He added, “Dre the only one can get in the ring w me . – LOVE.” Dupri responded right back to Diddy, adding, “Don’t nothin’ get straightenin’ but straightenin.” 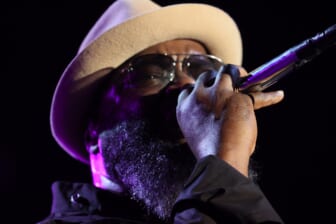 While a Dr. Dre and Diddy Verzuz has not been confirmed yet, Diddy is busy prepping for his album, Off the Grid, which is set to launch this year. Diddy shared on Instagram this summer that fans could expect his album in September, theGrio previously reported.