The superstar athlete said the USA Gymnastics "failed to do their jobs."

Biles, along with U.S. gymnasts McKayla Maroney, Aly Raisman, and Maggie Nichols, took aim at the Justice Department during the senate hearing into the FBI’s Nassar investigation, CNN reports. Biles said the USA Gymnastics “failed to do their jobs.”

Nassar, the former USA Gymnastics doctor, pleaded guilty to molesting young athletes and was sentenced in 2018 to 40 to 175 years in prison, theGrio previously reported.

“I just signed your death warrant,” Judge Rosemarie Aquilina said at the time, according to The New York Times. “You do not deserve to walk outside of a prison ever again.”

Several of Nassar’s victims have spoken out about the impact of the abuse and none have been more vocal than Biles.

“I am also a survivor of sexual abuse. And I believe without a doubt that the circumstances that led to my abuse and allowed it to continue, are directly the result of the fact that the organizations created by Congress to oversee and protect me as an athlete – USA Gymnastics (USAG) and the United States Olympic and Paralympic Committee (USOPC) – failed to do their jobs,” Bailes testified.

The athlete blamed Nassar and the “entire system that enabled and perpetuated his abuse.”

“I don’t want another young gymnast, Olympic athlete or any individual to experience the horror that I and hundreds of others have endured before, during and continuing to this day, in the wake — of the Larry Nassar abuse,” Biles told the committee.

“To be clear, I blame Larry Nassar and I also blame an entire system that enabled and perpetrated his abuse. USA Gymnastics and the United States Olympic and Paralympic committee knew that I was abused by their official team doctor long before I was ever made aware of their knowledge,” she said.

Maroney recalled being sexually abused by Nassar as a 15-year-old and recounted the details of her 2015 interview with the FBI, in which she described the abuse.

“I told the FBI all of this, and they chose to falsify my report, and to not only minimize my abuse but silence me yet again,” Maroney said. “It took them 14 months to report anything, when Larry Nassar — in my opinion — should have been in jail that day.” 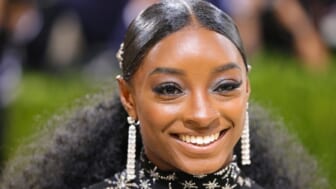 Opening the Senate Judiciary Committee hearing, chairman Richard J. Durbin (D-Ill.) said the “FBI’s handling of the Nassar case is a stain on the bureau,” calling it “a shocking picture of FBI dereliction of duty and gross incompetence.”

Many of Nassar’s victims were teenagers at the time of the abuse. Some were Olympians, and some were even gold medalists. During sentencing, Nassar said he was “shaken” as he addressed the 168 people who confronted him about his actions.

“Your words these past several days have had a significant emotional effect on myself and has shaken me to my core,” he said. “I will carry your words with me for the rest of my days.”

Several US senators have reportedly called for the FBI agents who botched the Nassar investigation to be prosecuted.