Lori Harvey on relationship with Michael B. Jordan: ‘When you know you know’

The 24-year-old told the hosts of 'The Real' how thoughtful and romantic Jordan is.

Lori Harvey isn’t holding back when it comes to sharing her affinity for her beau, actor Michael B. Jordan. The 24-year-old influencer and skincare line-owner stopped by the Fox daytime talk show The Real for the show’s premiere in its eighth season and couldn’t stop gushing about the Black Panther star. 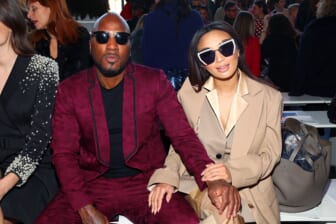 Harvey added that Jordan, who was voted as PEOPLE Magazine’s Sexiest Man Alive is “so sweet, very attentive. He listens to me and the things that I say that I want and he really makes an effort.”

When the hosts asked Harvey what’s the greatest thing Jordan has ever done for her, she responded that he’s “really good at all the big things.”

“Valentine’s Day, birthdays, all that, but it’s the little things, the everyday things that I think really is what makes him special, like he just listens to me when I talk,” she continued. “Even the other day, I just been saying I really just wanted to go to a farmer’s market, so he called me one Sunday morning and was like, ‘What are you doing, I’m going to come pick you up’ and he took me an hour away to this really cute farmer’s market and we had the best day. So, it’s things like that.”

The two began dating in 2020 when paparazzi snapped photos of them out and about. Jordan’s fans waited for confirmation as he’s typically on the hush about his love life. PEOPLE Magazine reports they were seen stepping off of a plane in Salt Lake City right before the new year. They both posted snowboarding videos and photos to their Instagram story, fueling rumors.

Both confirmed their love on Instagram in January. They affectionately refer to one another as “turtle.” Jordan has been equally vocal about his love for Harvey, telling the publication in April: “I want to protect that, but it just felt like it was a moment of just wanting to put it out there and move on,” he said. “I am extremely happy. I think when you get older, you feel more comfortable about the [public nature] of the business that we’re in. So for me, it was a moment to, I guess, take ownership of that and then get back to work.” 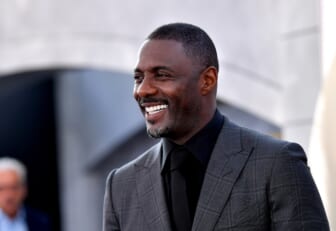