The world was shocked to see recent images of U.S. Border Patrol agents on horseback with whips wrangling Haitian migrants. The imagery, all too reminiscent of American slavery, has infuriated many both stateside and in other nations.

A recently released video shows a border officer yelling, “This is why your country’s s**t” at Haitians attempting to migrate to U.S. soil.

The video, shared on Al Jazeera Monday, showed Haitians trying to get back into a migrant camp in Texas after sneaking into Mexico to buy food because there wasn’t enough for them in the camp.

The disturbing video shows horses coming close to trampling children and the agents harassing the migrants, who are soon to be returned to Haiti on flights out of Del Rio in the Lone State State.

Thousands of Haitians have been sheltering under the Del Rio International Bridge, which crosses the Rio Grande from Mexico to the U.S.

As previously reported, President Joe Biden‘s administration is ramping up the deportation of Haitians to their home country. Associated Press is reporting up to eight flights a day will depart to send migrants back to the Caribbean nation.

Massachusetts Rep. Ayanna Pressley recently said, according to The Philadelphia Inquirer columnist Will Bunch, “That ICE [the U.S. Immigration and Customs Enforcement] would continue to carry out the mass deportations of our Haitian neighbors — with Haiti in the midst of its worst political, public health and economic crises yet — is cruel and callous.”

At a news conference Monday, White House Press Secretary Jen Psaki called the video “horrific” while noting that she hadn’t seen its full context. She also said she “can’t imagine what context would make [the agents’ actions] appropriate.”

When asked by theGrio‘s White House Correspondent April Ryan about public criticisms that the administration appears to have different policy responses to Haitian migrants versus Afghans or Mexicans, Psaki said, “our immigration policy is not about one country or discriminating against one country over another. We want to put an end to that and what we saw over the last four years.”

Homeland Security Secretary Alejandro Mayorkas told CNN’s Brianna Keilar he “was horrified by what I saw.”

“I’m going to let the investigation run its course,” he said Tuesday morning on New Day. “But the pictures that I observed troubled me profoundly. That defies all of the values that we seek to instill in our people.” 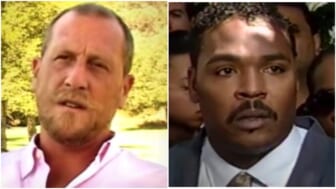 Still, he wouldn’t characterize the situation as a “crisis.”

“I, by no means, diminish the humane issue that it presents,” he said, “but I want to be clear that we do have a plan to address it, respecting the needs of the individuals. And we are executing on that plan.”

As the Biden administration attempts to differentiate between thousands of Afghans being settled here after the victory of the Taliban in that country and thousands of Haitians attempting to flee natural disasters and political turmoil in theirs, Psaki has repeatedly noted they are focused on deporting migrants, adding, per Yamiche Alcindor, “Our message continues to be now is not the time to come to the U.S.”