Hostin revealed on an episode of The View that the matter is personal to her, as her husband is Haitian

On a recent episode of The View, Sunny Hostin slammed U.S. policy amid the Haiti migrant crisis, sharing at the table that it has, “always been corrupt.”

Thousands of Haitian migrants have traveled to the U.S. border amid the recent earthquake, the COVID-19 pandemic, and more, theGrio previously reported. What is wildly being referred to as a crisis at the border, recent footage has emerged from the scene, with heartbreaking shots of attempts to corral migrants at the border.

With plenty of criticism being thrown at the Biden Administration, on Tuesday, Hostin asked the viewers of The View to look to history as to why Haitians are treated this way on a global and national scale. 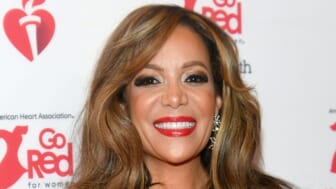 During the episode, conservative guest co-host Carly Fiorina asked, “why is it a shock,” adding that she feels the Biden Administration should have been better prepared considering the state of Haiti at the moment. Responding to Fiorina, Hostin explained, “Well I think the reason that we’re not seeing more help- if I’m gonna be frank about it- is because they’re Haitian…I think that is the history.”

She went on to describe the “demonizing” of Haitians during the AIDS crisis, Haiti getting “punished” by France and the world for being “the first Black free nation” in our hemisphere and more. “I think that U.S. policy towards Haiti has always been corrupt and it doesn’t have to be that way because we know that the United States can do it, there is a way to do it, there’s just no will to do it.”

Hostin continued, “The United States and the White House has promised to bring ninety-five thousand Afghans here – and I’m not saying they shouldn’t be brought here – they should be, that is the promise of this country but if you can send ninety-five thousand Afghans here why are you sending eight-six Haitians back on an airplane to a county that has been devastated?” 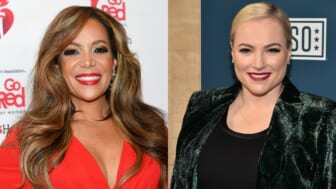 “It is a beautiful country with a rich culture and beautiful people and they should not be treated like this and enough is enough,” the host said.

Watch the entire segment from Tuesday’s episode, below: