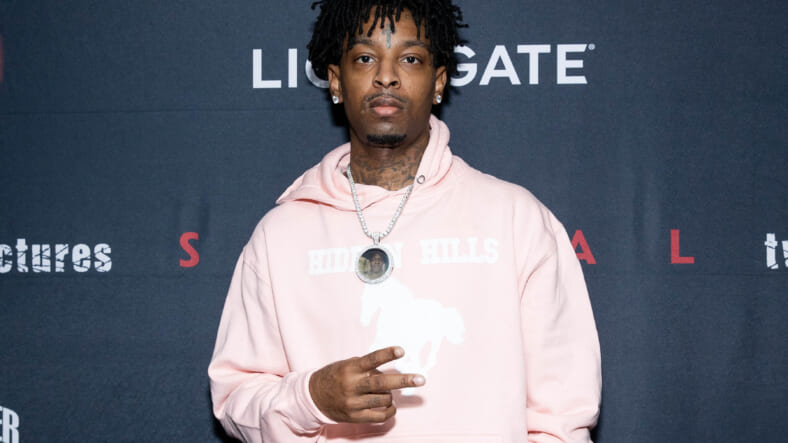 21 Savage is seen at the private screening of ‘Spiral’ for 21 Savage and friends on May 12, 2021 in Los Angeles, California. (Photo by Emma McIntyre/Getty Images for Lionsgate Entertainment)
Loading the player...

Rapper 21 Savage turned himself in to authorities on Thursday and spent minutes in jail after warrants were issued for his arrest on drug and weapon charges in Dekalb County.

The Grammy-award-winning rapper was briefly detained in the Atlanta-based jail  — getting released after only 12 minutes, according to Atlanta Journal-Constitution.

Atlanta attorney Charles Kuck said that the arrest is related to ongoing immigration litigation against the rapper, whose real name is Shéyaa Bin Abraham-Joseph.

In a widely publicized battle, Savage was arrested by Immigration and Customs Enforcement (ICE) officers in February 2019. Officials said 21 Savage is a U.K. citizen who overstayed his visa in America.

ICE officials also claimed that the “No Heart” rapper was convicted of felony drug charges in 2014, leading to the warrant and case for him to be deported. His attorney denied those claims and Savage was released on a $100,000 bond.

“These manufactured charges are yet another example of how our justice system, from ICE down to the local level, unjustly targets young Black men who seek to exercise their rights,” Kuck said in a statement to the Atlanta Journal-Constitution about 21 Savage’s current charges. “There is no legitimate basis for these charges nor for ICE’s continued antics, and we will fight until Mr. Joseph is justly vindicated.”

Many were shocked when news broke about Savage’s arrest on Super Bowl Sunday in 2019. 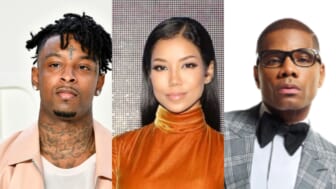 The rapper has become synonymous with the Atlanta upbringing and culture since he first popped up in the hip-hop scene in 2015, but was born in England and moved to Atlanta when he was seven.

ICE agents told the Atlanta Journal-Constitution that the arrest was a part of a “target operation” to get Savage because he was an “unlawfully present United Kingdom national” and because they said he was also convicted on a felony drug charge.

In an interview with Good Morning America, a week later, Savage recalled that the agents pulled their guns on him and threatened him with deportation.

“I’ve been here 20 years. This is all I know,” he said during the interview. He also added that he didn’t know what a visa was or how it would impact him as an adult.

“As a minor, his family overstayed their work visas, and he, like almost two million other children, was left without legal status through no fault of his own,” Kuck said following Savage’s arrest.

ICE eventually dropped the aggravated felony charge against Savage, after Kuck pointed out that the 2014 conviction was vacated and they had no basis for the current charge. 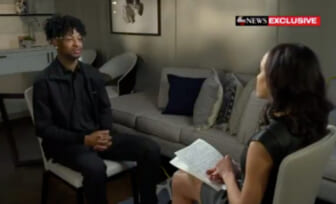 Also Read:
21 Savage on ICE agents pulling guns on him and deportation fears ‘It was definitely targeted’

The warrant for his current arrest, on suspicion of felony drug possession and weapons possession, was authorized and signed by a local magistrate court judge on Sept. 7.

Kuck claims that 21 Savage was unaware of the warrant. The basis of the allegations cites that during the 2019 ICE arrest, the rapper threw out a bottle with liquid that tested positive for codeine, and a handgun was found in the car.

“The warrant appears to have been sought at the behest of ICE, as the warrant was issued in the eve of an Immigration Court hearing in Mr. Joseph’s deportation proceeding, and is based upon events that transpired on the evening that ICE arrested Mr. Joseph over 2 and one-half years ago,” the attorney said in a statement.

Savage’s immigration case has been stalled due to court delays attributed to the COVID-19 pandemic.