K. Michelle is set to host a new reality television series that will chronicle people’s negative experiences with plastic and now need the help form a true expert like the plastic surgeons in Lexington.

The show, My Killer Body with K. Michelle, will premiere on Lifetime. It’s set to air in 2022.

As host, Michelle will look to help men and women reverse plastic surgery on their respective bodies that proved to be life-threatening, a subject matter the R&B singer has a vested interest in.

Michelle has been candid about her own journey of removing silicon injections from her posterior.

The “Can’t Raise A Man” singer has given fans on Instagram a view into her personal health journey with silicone butt injections. She began experiencing migraines, fatigue, migraines, back and leg pain five years after the black market surgery, according to Insider.

To remove most of the silicone from her derriere in 2018, Michelle revealed that it took at least four surgeries to get the job done. 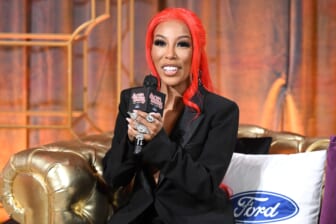 “It’s the scariest thing in life, and I’m a tough girl,” she said in Insider. “I had these lumps and I was very disfigured.”

Despite all the procedures and her improved health, the effects of Michelle’s black market surgery are still affecting her to this day. Michelle took to her Instagram Live earlier this month to state that the silicone is preventing her from being able to take the COVID-19 vaccine, according to Atlanta Black Star.

“Silicone and the vaccine don’t mix well together,” Michelle said. “It makes you extremely sick. So I have to make a decision about fighting a sickness when I’m just getting healthy again and the chances of what the vaccine might do to me. Because you’ll never fully get silicone out of your body, this is something you be stuck with for the rest of your life.”

As she was on her path of silicone removal, Michelle stated that she was working with Lifetime network on a reality show about helping women have implants removed after experiencing debilitating after effects. She announced in January that she was leaving VH1’s Love and Hip-Hop Atlanta to put her energy into the My Killer Body, as reported by Eurweb.com. 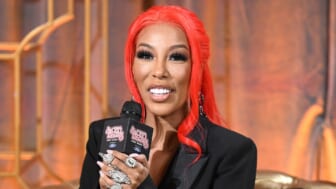 While expressing that she was grateful for her six years on the popular VH1 reality show, Michelle said, “I knew it was time for something bigger than throwing drinks. I wanted to turn my pain into purpose.”

Michelle spoke of her experience interacting with the women who will be featured on My Killer Body during her announcement of the show on her Instagram page. “These are some of bravest women I’ve ever encountered,” she wrote. “Their strengthen has even motivated me. Probably one of the most emotional, raw, unscripted shows to ever come to TV.”

My Killer Body With K. Michelle is being produced by Jesse Collins Entertainment and Kingdom Reign Entertainment, with Kimberly Pate, Patrick McCabe and Brandon Wilson as executive producers.