The former private security entrepreneur served as Legend's road manager prior to his new position.

John Legend has promoted Hassan Smith, a longtime member of his management team, to his senior advisor. 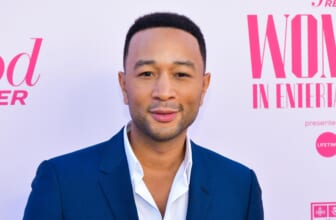 Smith, who’s been part of Legend’s road management team for over a decade, has previously worked with the singer/songwriter in various capacities, including as his road manager and security director.

“Hassan has been a trusted friend, advisor and member of my inner circle for over 15 years. I look forward to continuing to work and grow with him in this next chapter,” Legend exclusively tells theGrio.

During the time that Smith has been working under Legend, the “All Of Me” crooner has amassed much critical acclaim and commercial success across various genres and platforms. This includes becoming the first Black man and youngest artist ever to achieve an EGOT – winning an Emmy, Grammy, Oscar and Tony Award, as reported by CNN.

In addition to going platinum and winning trophies, Legend has been one of the most vocal social advocacy among Black celebrities during Smith’s tenure with him. This includes Legend’s campaigns against mass incarceration as well as voter suppression, as he spoke about in theGrio’s Vote For Your Life video series leading up to the 2020 presidential election.

Smith served in numerous capacities in the Legend management camp prior to earning the promotion from the superstar.

“Throughout my years working with John, it has been a joy to support the brand in such meaningful ways,” Smith said. “John Legend is a phenomenal artist, an astute business mind, and champion for social justice. I’m honored to serve as John’s senior advisor as we continue to expand his global impact through his powerful voice as a musician and an activist.”

While currently serving as a coach on the 16th season of NBC’s The Voice, Legend is embarking on The Bigger Love Tour which kicked off last Saturday in Arizona, supporting his latest album of the same name. Legend, like many artists, was forced to postpone plans for a 2020 tour due to the COVID-19 pandemic.

This will be Legend’s first tour with Smith in his new role as a senior advisor, in which he will continue to report directly to Legend.

Smith, a product of the Roxbury neighborhood of Boston, Massachusetts, attended Northeastern University. He earned his degree in Business Management.

Prior to working with Legend, Smith was a security entrepreneur, founding the private security company Elite Personal Protection, which he would later sell. He also founded Ellaby Holdings LLC, the residence of the various companies that he founded or invested in.

In addition, Smith is also on the Board of Directors for Youth Enrichment Services (YES) in Boston, as well as member of the Morris Brown College’s Board of Trustees and The 100 Black Men of Atlanta, an education enrichment organization aimed at mentorship and enhancing economic opportunity for local Black youth.

He credits his propensity for helping Black youth to his early mentors in Boston, who encouraged his ambition and drive, and aided in his education. This led to him transitioning to a selective independent school in 10th grade, thus opening him up to opportunities he may have otherwise missed out on.