Chrissy Teigen honors late son one year after his passing

The model and John Legend lost their third child in 2020 more than halfway through Teigen's pregnancy.

John Legend and Chrissy Teigen fans were ecstatic to discover the couple was expecting their third child together.

Teigen debuted her baby bump to the world in Legend’s music video for his single “Wild” in August 2020. But just a little over a month later, the couple would experience a devastating loss, theGrio previously reported.

On Sept. 30, 2020, Teigen shared with her millions of Instagram fans that the baby, a boy they named Jack, did not survive. Teigen cried in the black and white photos surrounded my medical equipment and Legend supporting her. She even shared the heartbreaking photo of her cradling baby Jack in her arms. 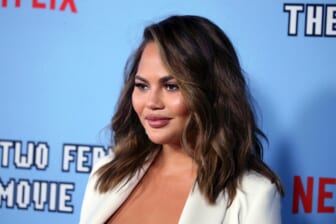 Also Read:
Chrissy Teigen opens up about being in ‘cancel club’: ‘I feel lost’

The former model, who has been open about her battle with endometriosis, was previously put on bed rest and soon hospitalized for excessive bleeding. “On this darkest of days, we will grieve, we will cry our eyes out. But we will hug and love each other harder and get through it,” she wrote in the post announcing their loss.

Now, she’s grieving the loss of her beloved Jack a year later.

“A year ago you gave me the greatest pain I could ever imagine to show me I could survive anything, even if I didn’t want to,” she wrote in an Instagram post on Wednesday. “I didn’t get to take care of you but you came and went to get me to love myself and take care of myself because our bodies are precious and life is a miracle. they told me it would get easier but yeah, that hasn’t started yet. mom and dad love you forever.”

In an essay for Medium last October, Teigen explained that Jack passed more than halfway through the pregnancy.

“My bleeding was getting heavier and heavier,” she wrote. “The fluid around Jack had become very low – he was barely able to float around. At some points, I swore it was so low I could lay on my back and feel his arms and legs from outside my belly.”

Teigen said she was then told the inevitable.

“After a couple nights at the hospital, my doctor told me exactly what I knew was coming – it was time to say goodbye,” she wrote. “He just wouldn’t survive this, and if it went on any longer, I might not either. We had tried bags and bags of blood transfusions, every single one going right through me like we hadn’t done anything at all.” 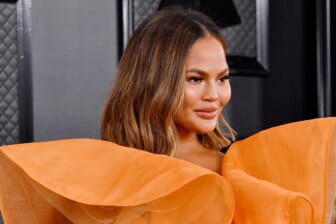 Recently, the cookbook author opened up again about changes to her body since her last pregnancy, noting that she felt her body “paused in time.” She also says she’ll never be able to carry another child on her own.

“When you lose a baby halfway through, your body just pauses. It has nothing to do. No one to feed,” she wrote in a lengthy post earlier this month. “And you’re just…stuck. Stuck with saggy boobs that were prepping to be milk bags, a belly that was ready to bake. I would be lying if I said this did not majorly suck. Not only are you ummmm extremely, diabolically sad at what could have been, but you have this daily reminder every time you look in the goddamn mirror.”