A nurse in Miami was fired last month after she posted pictures of a baby with a birth defect on social media.

Sierra Samuels was relieved of her duties on Sept. 15 at Jackson Memorial Hospital where she worked since 2016, most recently serving in the neonatal intensive care unit (NICU), according to an NBC News report. She was accused of making derisive comments in the online post about the newborn, which also raised privacy concerns.

“My night was going great then boom!” the caption read in one post seen by the outlet’s investigations team. “Your intestines posed to be inside not outside baby! #Gastroschisis,” read another message alongside another photo. 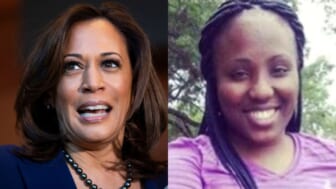 Gastroschisis is a condition in which intestines are visible outside of the body via a hole in the abdominal wall.

Jackson Memorial spokesperson Lidia Amoretti stated that the hospital found out about Samuels’ actions on Sept. 8. She was accused of mocking the infant and later put on administrative leave.

By posting the photos without parental consent, Samuels was in violation of the Health Insurance Portability and Accountability Act (HIPAA).

Samuels, who had posted several photos of herself on the job, ultimately posted two photos of the newborn baby from inside the NICU, according to WSVN.

“Protecting the privacy of our patients is always a top priority at Jackson Health System. Any potential privacy breach is taken seriously and thoroughly investigated,” the statement read. “As soon as we learned of this potential breach, we immediately placed this employee under administrative leave pending the outcome of the investigation.”

More than 1,800 babies are estimated to be born with gastroschisis each year, according to the Centers for Disease Control and Prevention (CDC). It requires surgery for the abdominal wall to be repaired and to place the organs back inside the body. However, babies who suffer from the defect, even after surgery, have difficulty absorbing nutrients, eating and digesting food.