Fans are cheering Orlando Brown on social media after the That’s So Raven star rapped about overcoming his drug addiction and finding Jesus on his new track. 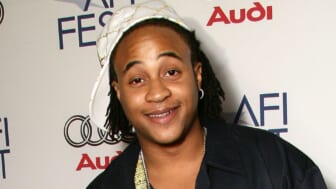 Also Read:
Orlando Brown opens up about drug addiction: ‘I went through a lot’

Known for playing Eddie on the hit Disney Channel series, That’s So Raven, Brown has had a very public journey with addiction in his post-Disney career. As theGrio previously reported, he was arrested back in 2016 on charges of domestic abuse and meth possession.

In 2020, a video of Brown discussing his addictions during a church service at Rise Church in Abilene, Texas made its way online. Now, Brown has released a rap song and video about overcoming his addiction, which has nostalgic fans proud and celebrating his major win.

In the gospel-inspired song, Brown raps about his journey and how he was saved.

“Got so sick and tired of doing my thing, Jesus saved me that’s the reason I sing,” he raps in one of the verses. The testimony has taken off online, with one tweet of the video reaching over 14K retweets.

The tweet reads, “not only did Orlando Brown overcome drug addiction, but he gave his life to Jesus. WHY ISN’T ANYONE TALKING ABOUT THIS?”

Brown opened up about his journey at Rise Church last year. In the video, he shares, “My name is Orlando Brown. You may know me from a little show from back in the day called That’s So Raven. I went through a lot. I experimented with crystal meth, with weed. I didn’t know what I was doing. I was addicted to the internet. All kinds of stuff.”

He continued, “My fiancée told me about this place and when I came it was amazing. I had a blast. These brothers accepted me for who I am. Church is lovely. All the leaders are brilliant, they’re geniuses and men of God.”

Brown is married to Danielle Brown, and the two share a 2-year-old son together.

Fans continue to share their love for the former child star on social media. One user praised Brown’s comedic talent and his That’s So Raven co-stars, writing, “Raven Symoné, Orlando Brown and Anneliese van der Pol will always be one of the best comedy teams ever created. Period.” 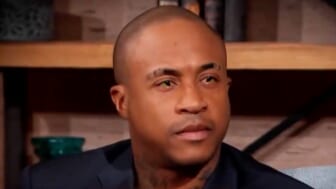 Other fans specifically called out the media for not covering his recovery, despite consistently reporting his relapses and legal woes.

“I heard Orlando Brown got clean. I need us to be as loud about that as we were when we were making fun of him high as hell. Congratulations on getting your life back man,” a fan wrote.