Hill: “Because Kyrie is such a thoughtful person, I really want him to look at the bigger picture here”

Sports analyst, podcaster, and journalist Jemele Hill took to the airwaves on MSNBC to talk about the issue of the few current NBA players who remain unvaccinated against COVID-19.

“Because Kyrie is such a thoughtful person, I really want him to look at the bigger picture here. The bigger picture is that this virus has disproportionately impacted his community,” Hill told Nicole Wallace on MSNBC’s Deadline.

“He’s Native American,” Hill said of Irving. “And what the disease has done to Native American indigenous communities is just devastating. The same has happened in the African American community as well.”

The NBA has not mandated the vaccine for players because it cannot do so without the approval of the National Basketball Players Association (NBPA), which has not offered it, and of which Irving is vice president. However, the league has put strict rules in place for unvaccinated players and adheres to local mandates. 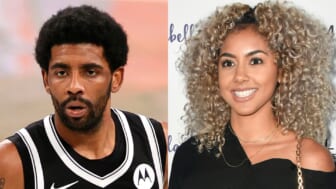 In New York City, where Irving plays for the Brooklyn Nets, his unvaccinated status could prevent him from playing in any home games, costing up to half of his $35 million annual salary.

“With somebody in a position of leadership and influence, he needs to think about how his message is being received by the people who look up to him, who watch him, who idolize him,” Hill continued. “Everybody that watches Kyrie Irving doesn’t have millions of dollars.”

“He’s got to really think, is he really being responsible in how he’s using this platform that he’s been gifted with? And so I would love for him to see this as an opportunity to really speak to the communities that he cares about and not further endanger them by holding out from these vaccinations.”

For years, Irving has developed a reputation for touting various “conspiracy theories,” including publicly stating that the Earth is flat in 2018; he eventually retracted that statement. 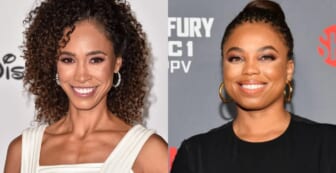 According to ESPN, the Brooklyn Nets are unclear on whether they will allow Irving to be a part-time member of the team given that he will not be able to participate in home games and practices. Additionally, the point guard/shooting guard’s vaccination status is prompting rumors that he may opt for early retirement. On Tuesday, Nets and NBA reporter, Kristian Whitfield chimed in on the issue via Twitter.