We’ve seen Taraji P. Henson star as co-CEO of a fictional music label on the hit FOX drama Empire, but there’s nothing fictional about the actress’ latest venture into music entertainment — and this time, she’s the one in the recording booth.

Henson sat down with Good Morning America on Wednesday to discuss her new Halloween-themed special Muppets Haunted Mansion available now on Disney+. However, she left the internet buzzing about a different surprise announcement she made during the conversation.

“I actually have an EP that I’m working on. Surprise!” Henson revealed. 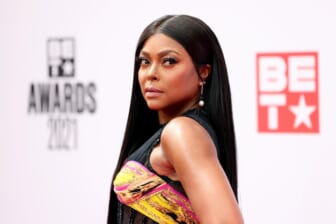 The 51-year-old added that the new creative outlet challenges and excites her while providing a needed change of pace from acting.

“I’m just working on some really good, feel-good music,” she said. “I’m not trying to toot my own horn here, but it was time for a pivot because I’ve done so many iconic roles, you know what I mean? It’s like, I can’t just, you know…acting it has to be something that excites me and challenges me.”

The “Hidden Figures” star said her love of music dates back to her early roots in musical theater. Any dreams she may have had about pursuing the craft were put on hold when she became pregnant during her junior year at Howard University.

She added that starring in recent roles such as “Miss Hannigan” in NBC’s upcoming holiday special, Annie Live! as well as her role as “The Bride” in Muppets Haunted Mansion reignited her passion for song.

“Miss Hannigan in ‘Annie’ challenges me,” Henson said. “That’s musical theater, taking me back to my roots. So it’s about just continuing to challenge myself…I kept saying that music, I might have missed it because I became a mother so early on in college, but God has other plans for me because the music is just really falling in my lap.”

Henson did not reveal an official release date for her EP, but until then, her fans can look forward to the upcoming second season of her Emmy-nominated digital series Peace of Mind With Taraji which returns to Facebook Live Oct. 11 at 12 p.m. EST, with new episodes dropping weekly, PEOPLE reports. 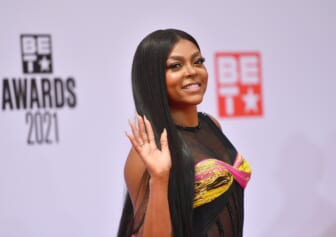 On this season of Peace of Mind, Henson and her co-host Tracie Jade will continue the discussion around mental health issues in the Black community, exploring topics including gun violence, elite athletics, social media bullying, overcoming adversity, repression of emotion in Black men, domestic violence, and COVID-19 loss.

Henson is also reportedly in the process of pitching an Empire spin-off centering her character Cookie Lyon to platforms including ABC and Hulu after FOX declined to pick up the pilot.

theGrio’s Ny Magee and Christian Spencer contributed to this report.