Lopez and Rodriguez started dating in 2017, got engaged in 2019 and called it quits earlier this year.

Jennifer Lopez and Alex Rodriguez announced their breakup in April, with the line that they’re “better off as friends.” Now the former MLB athlete is joking about his single status.

During an Oct. 7 FOX Sports broadcast, Rodriguez’s dating life came up as he and his cohosts discussed footage of the Tampa Bay Rays players eating popcorn from the dugout during a game against the Boston Red Sox. 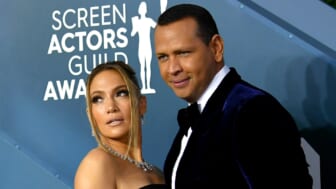 “It’s not the first time people had been eating popcorn in the middle of the game,” co-anchor Kevin Burkhardt said over throwback footage of actress Cameron Diaz hand-feeding Rodriguez popcorn during the 2010 Super Bowl.

“KB, that’s maybe why I’m single,” Rodriguez responded. Watch the moment via the Twitter clip below.

In April, Rodriguez and Lopez shared a statement exclusively with The Today Show about their breakup, writing, “We have realized we are better as friends and look forward to remaining so.”

“We will continue to work together and support each other on our shared businesses and projects. We wish the best for each other and one another’s children. Out of respect for them, the only other comment we have to say is thank you to everyone who has sent kind words and support.”

In a 2018 interview with Willie Geist on an episode of Today, Lopez said Rodriguez’s ambition matched her own.

“He’s brought something to my life that I’ve never had before, which is an unconditional support and love, kind of a matching of twin souls,” she said. “That’s a different thing for me — now I know what it’s like to be with me. He works as much as I do, he’s kind of as driven as I am.”

Rumors circulated in March that Lopez and Rodriguez had called it quits, but they released a statement claiming they were still together and “working through some things.”

In August, Rodriguez discussed moving on from the breakup.

“I had five years of an incredible life and partnership and also with my daughters, we learned so much,” Rodriguez told Entertainment Tonight. “And now we have the opportunity to take that and move forward and say, ‘You know what? We’re so grateful for the last five years, how do we make the next five years better because of lessons learned?’” 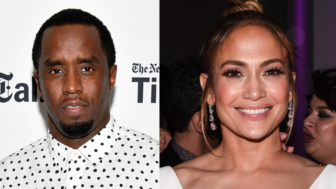 Following the end of her engagement to Rodriguez, Lopez wasted no time hooking up with ex Ben Affleck. The two appeared together on the red carpet for the Oct. 9 premiere of his upcoming film The Last Duel in New York City.

Affleck gushed earlier this month about how great his life is now that he and Lopez are making headlines together once again. The two were engaged in the early 2000s before splitting in 2004.

“I’m very happy. It is a very happy time in my life. Life is good,” Affleck, 49, told Extra TV at The Tender Bar premiere.

In September, Lopez and Affleck took their rekindled romance to Italy for the Venice Film Festival premiere of The Last Duel.