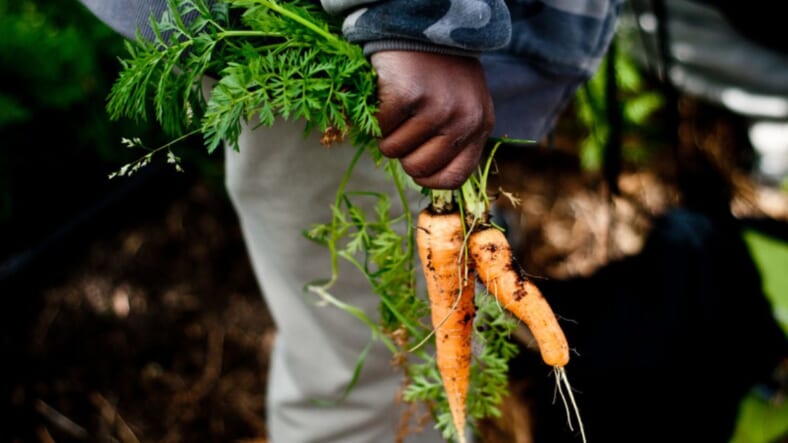 A group of Black farmers has filed a motion to intervene as part of a Texas federal court battle over $5 billion in debt relief for farmers of color.

The motion was filed this week by the Federation of Southern Cooperatives/Land Assistance Fund, and it includes declarations from six farmers alleging discrimination from federal aid programs, according to Politico.

As previously reported, in June, Judge Marcia Morales Howard of the Middle District Court of Florida ruled in favor of a lawsuit filed against a loan forgiveness program for Black farmers written into President Joe Biden’s American Rescue Plan. White farmer Scott Wynn alleged he had loan debt and also experienced financial hardship due to the coronavirus pandemic.

Another federal judge, Reed O’Connor, issued a preliminary injunction against the program in July and ordered that all payments to Black farmers penned into Biden’s March plan be halted until the suits are resolved. Other judges in Florida and Wisconsin have also issued orders against it.

Just weeks after the rescue plan’s passage, the very first lawsuit, Miller v. Vilsack, was filed in Texas by the state’s agriculture commissioner, Sid Miller, who argued that the program discriminates against white farmers. His suit is backed by former Trump adviser Stephen Miller.

The Black farmers are seeking to intervene in the suit, claiming that Agriculture Secretary Tom Vilsack, the initial lawsuit’s target, and the Justice Department would not defend the program as aggressively as they would.

“Its members realize the benefits from the program and that the constitutionality of racial justice programs be upheld,” wrote the group’s attorneys with the Lawyers’ Committee for Civil Rights Under Law.

“Although the Federation’s members will be most impacted by the outcome of this case, the record is currently devoid of any stories or narratives of Black farmers or other farmers of color,” they assert, opining “it is certain that the Federation will present the case of past governmental discrimination more comprehensively and compellingly than the government has to date.”

Democrats in Congress looking for ways around the lawsuits are now seeking to amend the program to be open to an “economically distressed” and “at-risk” farmers’ list that would also include whites.

Advocates for the Black farmers are discouraged by the recrafted language, which does not include specific relief for “socially disadvantaged farmers.”

“We are encouraged by Congress’s current attempt at debt relief through reconciliation,” said Dãnia Davy, director of land retention and advocacy at the Federation of Southern Cooperatives/Land Assistance Fund, per Politico. “Unfortunately, we do not believe that this attempt goes far enough to address the concerns regarding the implementation of Section 1005 of the American Rescue Plan — including both direct and guaranteed FSA loans — that form the basis of our approach in the courts.”

According to a June 2021 report in The Washington Post, “Black farmers in America have lost more than 12 million acres of farmland over the past century, a result of what agricultural experts and advocates for Black farmers say is a combination of systemic racism, biased government policy, and social and business practices that have denied Black Americans equitable access to markets.”