"I’m saddened that’s how you left the event feeling after an encounter with me," the 'Insecure' actress responded.

Insecure actress Yvonne Orji has responded to being called out on Twitter by a fan who recalled her “rude” encounter with the star at an event. 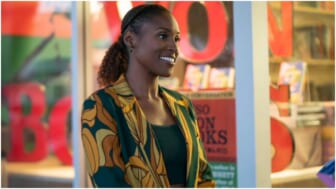 It all started when Twitter user Crystal with the handle @thecrystaluncut responded to another user who asked: “who was the ‘meanest’ celeb you’ve ever met?”

In a series of tweets, Crystal recounted an encounter she had with Orji at a Women’s Empowerment event, writing: “I met Yvonne Orji at a WOMEN’S EMPOWERMENT CONFERENCE. She was about to give her speech and I asked for a pic while she was waiting. She said no. I respect her privacy, move on and take my seat in the front row.

She continues, “She gets to the part of her speech about being persistent. She’s like ‘I only got to where I got because I never took no for an answer.’

And then she gestures over to me and says something like, ‘That girl wanted a picture with me, but I said no. If she were more intentional about what she wants, maybe she’d have her pic.’

Crystal added, “In the moment I was like uhh that was rude. I thought she might come up to me and be like oh I was joking and take the pic but no. That put a bad taste in my mouth about her forever. And I didn’t even want the pic that bad! I just thought it would be cool to post on my story.”

In a separate tweet, she went on to say… “One last thing — I had JUST read Gabrielle Union’s first book. There’s a part where she stepped away from dinner with her friend who was dying of cancer to take a pic w a fan and she still regrets it. So I was trying to be extra sensitive I was proud for walking away so quickly.”

Crystal shared a video of the moment Orji called her out from the stage at the event, and noted in the caption: “My words were not correct in the first tweet (I knew I didn’t remember exactly, as indicated by me saying she said “something like”) and she did not call me “that girl.” Yet STILL somehow the actual video is more painful. Why is she pointing?!”

Orji caught wind of Crystal’s tweeter thread and responded “Hey Crystal, I’m saddened that’s how you left the event feeling after an encounter with me. Truly wasn’t my intention to make you feel anything less than the beautiful woman you are.”

One user replied: “Lmao how did you come to the conclusion she felt “less than beautiful”?”

Another wrote, “When does “No” actually mean no with you guys. Then go ahead to make an example of her because she respected your choice.”

A third joked, “Yvonne Orji said if you want a pic with her you need to put it in your manifestation journal.”

Another Twitter user commented, “Persistence isn’t when you seek PERMISSION for a picture and the answer is NO. That is CONSENT. Any “persistence” in your case can be termed HARRASSMENT & any sensible person would also walk away. Yet u decided to used her as an example? Wow! Sorry but you are mean. Pls own it.”

Twitter user @kirasadhana noted that had Crystal persisted for a photo, “Orji would probably have requested intervention by security. Worse, the message being left behind muddies the water around what clear boundaries are. Can’t have it both ways.”

In related news, Orji has been tapped to host Amazon’s second Yearly Departed comedy special, which is set to premiere in December. Per THR, the lineup of comedians will be announced later.

“In my career, I’ve been fortunate to work on a show that was created by Blacks, for Black characters, and now, I get to host a special that was written by all women, featuring a lineup of incredibly funny female comedians, directed by a talented female director, and produced by a group of amazing female producers,” said Orji. “I guess lightning CAN strike twice.” 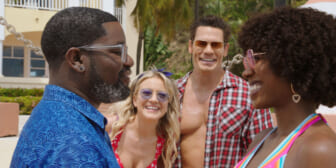 Added Vernon Sanders, head of television at Amazon Studios, “With another chaotic year of ups and downs almost behind us, we’re ready to say goodbye to 2021 — and who better to send the year off than the funniest women in the business. Yvonne, Rachel (executive producer Rachel Brosnahan), and the entire team will help Prime Video viewers end 2021 with some much-needed laughter.”