Ingraham once told James to "shut up and dribble"

Apparently, there may be some exceptions to when conservative broadcast host Laura Ingraham thinks LeBron James and other professional athletes should “shut up and dribble.”

While the host of the Fox News show The Ingraham Angle has been staunchly opposed to James’ political views, she expressed a rare sentiment of support for an answer the NBA star gave to media when asked about COVID-19 vaccine mandates at a press conference.

“Pro sports players are refusing to denounce fellow players who choose not to get vaxxed,” Ingraham said before showing a clip of James at a Los Angeles Lakers press conference explaining his stance on vaccine mandates.

“Everyone has their own choice to do what they feel is right for themselves and their family,” James said at the conference.

Ingraham proceeded to show another pair of clips in which fellow NBA players Jonathan Isaac and James’ former teammate Kyrie Irving spoke out about why they both chose not to get vaccinated for COVID-19.

“Natural immunity is not being spoken about or discussed in this country,” Isaac said.

“What would you do if you felt uncomfortable going into the season when you were promised that you will have exemptions, or that you didn’t have to be forced to get the vaccine?” Irving said. 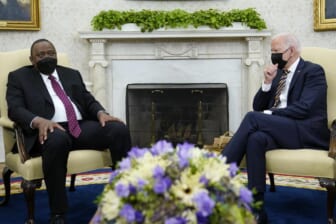 Ingraham’s apparent change of heart regarding athletes’ views on political matters may come as a surprise to those who recall her 2018 rant against James following criticisms he directed toward former president Donald Trump.

James had spoken out against Trump during an appearance alongside fellow NBA star Kevin Durant on Cari Champion’s “Rolling With The Champion” series on Uninterrupted, according to Cavs Nation.

“The No. 1 job in America, the appointed person is someone who doesn’t understand the people. And really don’t give a f*** about the people.” James said in the interview. He also characterized some of the things Trump said as “laughable and scary.”

Ingraham’s scathing response was that she didn’t want to hear “political advice” from anyone who was “paid $100M a year to bounce a ball,’” and characterized  his take as “unintelligible and ungrammatical.”  She mocked Durant’s use of the wrong tense and said both should keep their opinions to themselves and “shut up and dribble.”

However, Ingraham has made exceptions to that rule before, specifically in another instance when the professional athlete in question shared a political opinion of hers.

New Orleans Saints quarterback Drew Brees drew the ire of his teammates and other athletes in 2020 when he said he wouldn’t support NFL anthem protests going forward even after George Floyd’s death, but Ingraham said that Brees was “entitled to his opinion.” 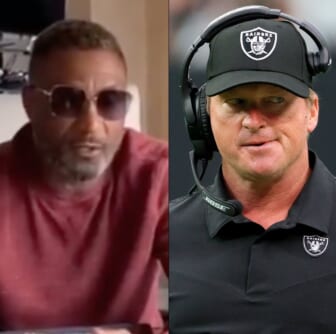 James called out Ingram for her hypocrisy in a series of tweets.

“If you still haven’t figured out why the protesting is going on. Why we’re acting as we are is because we are simply F-N tired of this treatment right here! Can we break it down for you any simpler than this right here????” James wrote.

He added, “And to my people don’t worry I won’t stop until I see CHANGE!!! #ShutUpAndDribbleThisPowerfulBlackManComingFullSteam”