The Fox News anchor believes that one athlete has the right to his opinion while others don't.

You must remember Fox News host Laura Ingraham. She’s the 56-year-old host of the Fox News show The Ingraham Angle. Unless you watch Fox News regularly, she may not have shown up on your radar until she made controversial comments about L.A. Lakers star LeBron James and then Golden State Warriors player Kevin Durant.

In February of 2018, in an interview with ESPN’s Cari Champion, James was critical of President Donald Trump. 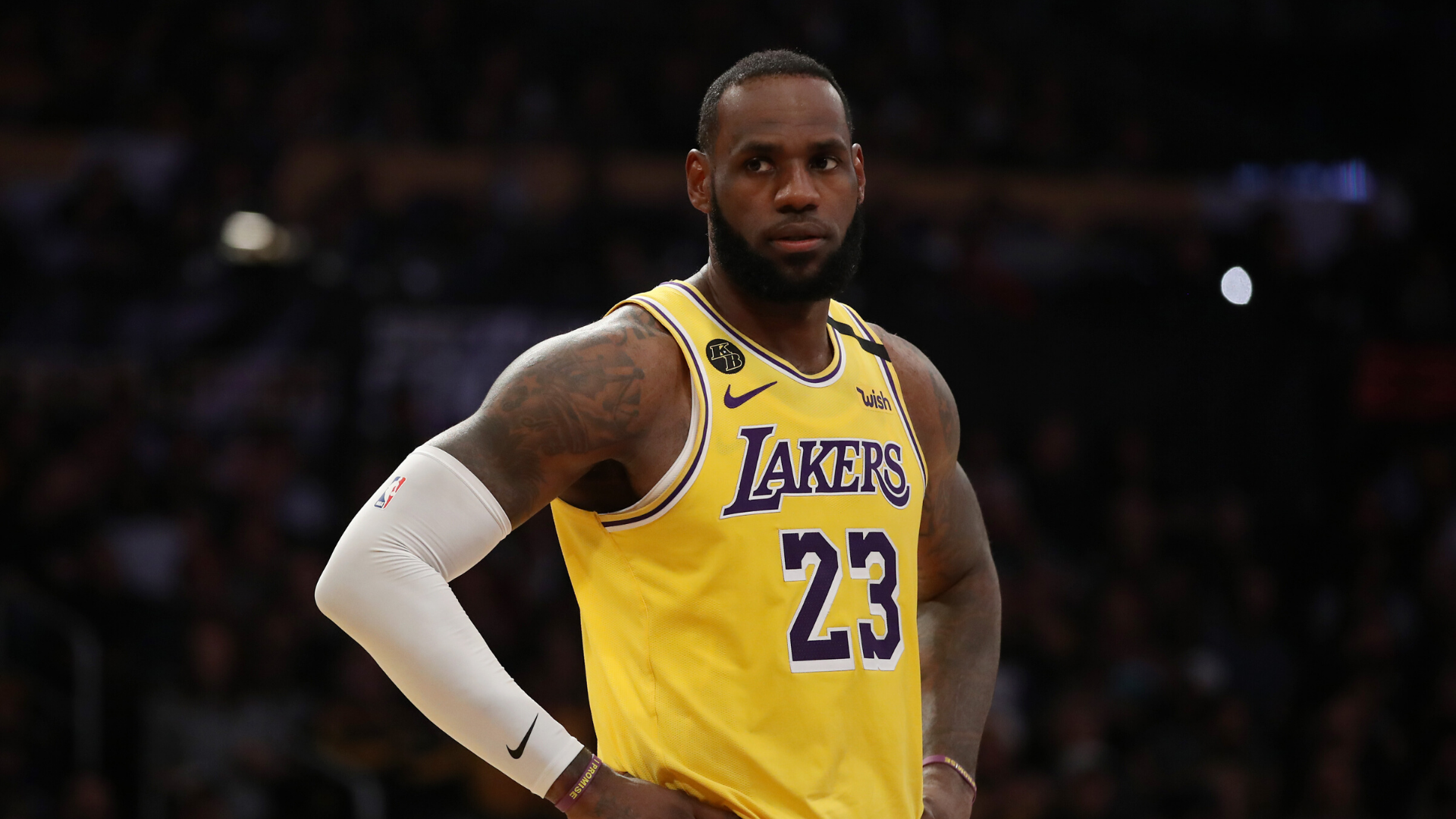 LOS ANGELES, CALIFORNIA – FEBRUARY 25: LeBron James #23 of the Los Angeles Lakers stands on the court in a game against the New Orleans Pelicans during the first half at Staples Center on February 25, 2020 in Los Angeles, California. NOTE TO USER: User expressly acknowledges and agrees that, by downloading and or using this Photograph, user is consenting to the terms and conditions of the Getty Images License Agreement. (Photo by Katelyn Mulcahy/Getty Images)

“The No. 1 job in America, the appointed person is someone who doesn’t understand the people,” James said in the interview. He also characterized some of the things Trump said as “laughable and scary.” Durant said Trump wasn’t a great coach for the country.

Ingraham’s scathing response was that she didn’t want to hear “political advice” from anyone who was “paid $100M a year to bounce a ball,'” and characterized  his take as “unintelligible and ungrammatical.”  She mocked Durant’s use of the wrong tense and said both should keep their opinions to themselves and “shut up and dribble.”

‘Shut up and dribble’ — Fox News’s Laura Ingraham to LeBron and Kevin Durant after their criticism of President Trump pic.twitter.com/0BlokQDIIl

So it may come as a surprise that New Orleans Saints quarterback Drew Brees‘ controversial comments were met very differently by Ingraham. Brees drew the ire of his teammates and other athletes when he said he wouldn’t support NFL anthem protests going forward even after George Floyd’s death.

But Ingraham said that Brees was “entitled to his opinion.”

Laura Ingraham to LeBron and KD – “shut up and dribble

Laura Ingraham to Drew Brees – “Well he’s allowed to have his view on what kneeling and the flag means to him, I mean he’s a person, he has some worth I imagine.” pic.twitter.com/2AYGygMkfo

James called out Ingram for her hypocrisy in a series of tweets.

“If you still haven’t figured out why the protesting is going on. Why we’re acting as we are is because we are simply F-N tired of this treatment right here! Can we break it down for you any simpler than this right here????” the Los Angeles Lakers superstar said.

He added, “And to my people don’t worry I won’t stop until I see CHANGE!!! #ShutUpAndDribbleThisPowerfulBlackManComingFullSteam”

The response was swift and it didn’t go Ingraham’s way as Twitter came together in a rare bipartisan response. Unfortunately, as Ingraham’s ratings, as well as Fox News overall, are at an all-time high, it’s unlikely we’ll be spared any more of her “opinions.”

Ingraham responded to the heap of criticisms she received on The Ingraham Angle on Thursday night.

“My defense of Brees’ led to an online chorus of people comparing those comments to previous comments I had made to LeBron James. At the time, James had said that Trump “really doesn’t give an ‘eff’ about the people,” Ingraham said.

“Let me be very clear about what I believe: We are all children of God, regardless of our racial or political differences and therefore must be treated equally.

“Every American, every-American has the God-given right to speak his mind on any issue.   I think in order to heal and shed light on gross injustices, our country needs more dialogue, not less.  And we need more respect, less retribution.”

Laura Ingraham: [ATHLETE 1] is allowed to have an opinion.

Laura Ingraham: [ATHLETE 2] should shut up and dribble.

Does anybody want to guess the skin colors of Athlete 1 and Athlete 2?

One of these things is not like the other… that’s because two of them are rooted in #WhitePrivilege ??‍♂️ #TeamDL #DrewBrees #LauraIngraham #LeBronJames https://t.co/dBxhdTL42S

Laura Ingraham is an unbearable human being.

Even Kobe Bryant is calling out Laura Ingraham in heaven. pic.twitter.com/iBLT5wPWXZ