The historic fundraising haul could foreshadow a reshaping of the Senate in coming years, according to a Politico report

Across the country, Black candidates for the United States Senate have had unprecedented success during the latest campaign fundraising period, a potential sign of forthcoming changes within a club which few African Americans have ever been allowed into.

While sums of that caliber may already appear astonishing on their own, the collective feat becomes even more significant when put into context — in the over 230 year history of the U.S. Senate, just 11 Black candidates have ever taken a seat, only two of them women.

The history of Black American senators dates back to the Reconstruction Era, when Hiram Rhodes Revels made history as the first Black man elected to a seat in the senate in 1869, despite facing staunch opposition from Mississippi Democrats. 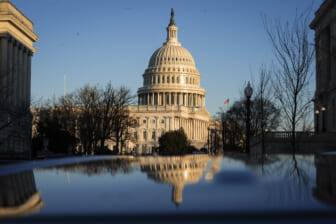 For nearly 90 years—between 1881 and 1967—there were no Black senators in the country. Jim Crow laws, gerrymandering, and other disenfranchisement tactics came together to suppress the Black vote as much as possible across the U.S.

Warnock became the eleventh Black U.S. Senator (twelfth, including P. B. S. Pinchback, who was elected to the US Senate in 1873, but was denied the right to take his seat) in January, besting incumbent Kelly Loeffler 51 to 49.

According to King, there “may never have been a quarter” where as much money was raised among Black candidates as the most recent one this fall.

Examples include football player-turned politician Herschel Walker, who amassed $3.8 million in just over a month of campaigning, and former North Carolina Supreme Court Justice Cheri Beasley, who collected $1.5 million from July to September.

“This may be an era where we can level the playing field,” former Democratic National Committee Chair Donna Brazile told Politico. “I think Black candidates have proven more and more than ever that we’re talented, but we didn’t have the resources to compete…this is the future. This is what I think Dr. [Martin Luther] King and his generation always envisioned.”

Other impressive performers during the fundraising period include former Kentucky Rep. Charles Booker who pulled in $1.7 million, Wisconsin Lt. Gov. Mandela Barnes who raised $1.1 million compared to two white, wealthy candidates opposing him in the Senate Primary, each of whom “needed huge personal loans to break the $1 million mark,” according to King. 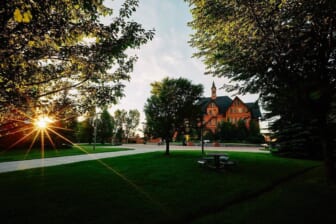 According to political strategist and former DNC fundraiser Nabilah Islam, Black candidates’ recent success may have been aided by the tailwind spurred by a year of increased national attention to systemic racism in America following the high-profile murder of George Floyd, and killings of Breonna Taylor and more at the hands of police officers.

“We saw a lot of Black candidates do really well, during that time, with donations surging candidates like Charles Booker surging,” Islam told Politico. “I feel like there is definitely white guilt there.”

Despite recent steps forward, non-male Black Senate candidates still face a significant gender discrepancy according to Quentin James, founder and president of the Collective PAC, a group working to boost Black representation in elected positions of power in America.

“We still have a huge challenge of under-representation right now…we have to have a single Black woman,” James told Politico. “And so we have some catching up to do.”

Islam remains optimistic that the recent fundraising success may signify a paradigm shift.

“I think there’s been a fundamental shift in thinking who can win elections, and now it’s understood, it’s not the boring old white guy again,” Islam told Politico. “You know, we need someone exciting. And I think that’s why a lot of Black candidates like Val Demings, Warnock, Herschel Walker even and Tim Scott are doing so well.”