Billy Porter calls out Vogue after featuring Harry Styles on cover in dress: ‘I changed the whole game’

The Emmy, Grammy and Tony-winning actor/singer says 'I was the first one doing it and now everybody is doing it.'

Billy Porter has been slaying red carpets for years in provocative dresses and gowns, advancing the taboo conversation of forward-facing non-binary fashion in Hollywood. However, when Vogue Magazine decided to finally put a man in a dress on its front cover last year, they chose British musician Harry Styles. 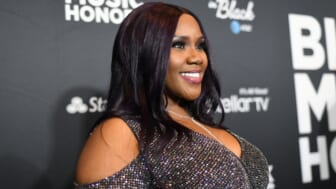 Porter noticed, and for the first time, he’s speaking about it.

In an interview with The Sunday Times, the Pose actor says he should be credited for changing perceptions.

“I changed the whole game,” Porter said. “I. Personally. Changed. The. Whole. Game. And that is not ego, that is just fact. I was the first one doing it and now everybody is doing it.”

Styles was featured on the December 2020 issue of Vogue wearing a Gucci dress, with the headline, ‘Harry Styles Makes His Own Rules.’ The “Watermelon Sugar” singer made headlines after wearing dresses at outings, something he discussed in the cover story.

“Clothes are there to have fun with and experiment with and play with. What’s really exciting is that all of these lines are just kind of crumbling away,” Styles said during his Vogue interview. “When you take away ‘There’s clothes for men and there’s clothes for women,’ once you remove any barriers, obviously you open up the arena in which you can play.”

Porter, 52, also commented on the reasoning behind Styles’ new fashion sense. He stated that his decision to wear gowns was more of a social statement.

“He doesn’t care, he’s just doing it because it’s the thing to do,” Porter said. “This is politics for me. This is my life. I had to fight my entire life to get to the place where I could wear a dress to the Oscars and not be gunned down. All he has to do is be white and straight.”

In 2019, Porter talked to Vogue about his decision to wear a gown instead of a tuxedo to the Academy Awards that year. He explained the political and personal implications behind it and subsequent events in which he wore gowns.

“I grew up loving fashion, but there was a limit to the ways in which I could express myself. When you’re Black and you’re gay, one’s masculinity is in question. I dealt with a lot of homophobia in relation to my clothing choices.” 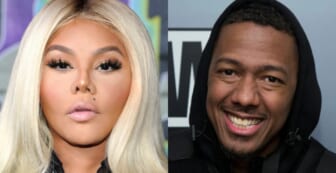 He continued, “My goal is to be a walking piece of political art every time I show up. To challenge expectations. What is masculinity? What does that mean? Women show up every day in pants, but the minute a man wears a dress, the seas part.”