Lil’ Kim says Nick Cannon is her manager, calls him a ‘best friend’

The rapper appeared on Complex's "Hiking With Rappers" interview series

In a recent interview, rapper Lil’ Kim revealed that fellow rapper, host, and personality Nick Cannon is her manager, calling him one of her “best friends.”

Lil’ Kim recently took part in Complex‘s “Hiking With Rappers” interview series, in which rappers take on Los Angeles trails, often opening up about their careers in the process. Joined by host King Keraun, Lil’ Kim talked about everything from her self-care processes to her various career achievements, while admitting “she never hiked a day” in her life and doesn’t like it at all.

Still, the “Crush on You” rapper dropped some gems and exclusive tea, including details about her friendship with Cannon. 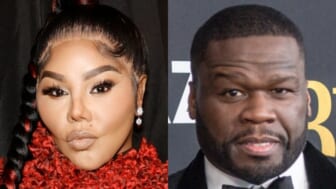 Also Read:
Lil’ Kim claps back at 50 Cent after he compares her to leprechaun

Towards the end of the interview, Keraun asked Lil’ Kim about what fans should expect from the rapper coming down the line. She revealed that she just shot Miracle Across 125th Street alongside Cannon, who she calls one of her “best friends.”

She went on to refer to the film as “the Friday of Christmas movies,” adding, “I really did that movie for Nick, but I love doing movies.”

She continued, “It’s part of my next level. Nick is convincing me. You know he’s my manager?” While Keraun responded saying he did not know he was her manager, he quipped about Cannon’s much-talked about personal life, adding, “I did not know that…your manager has like 20 kids!” 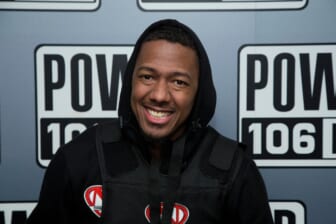 Also Read:
Nick Cannon wants to be celibate until 2022 after welcoming seven children

Cannon opened up about criticisms of his unconventional parenthood journey, calling the criticism a very “Eurocentric concept,” theGrio reported. He shared in an interview on The Breakfast Club, “…but why do people question that? That’s a Eurocentric concept when you think about the ideas of, like, you’re supposed to have this one person for the rest of your life, and really that’s just to classify property when you think about it.”