The Grammy-winning singer/songwriter will also perform new songs from her forthcoming album, '30,' during a CBS special on November 14.

Adele has returned with new music, and after over five years out of the spotlight, she’s ready to unleash what she’s been up to in a tell-all interview with Oprah Winfrey. The interview is part of a two-hour special on CBS. 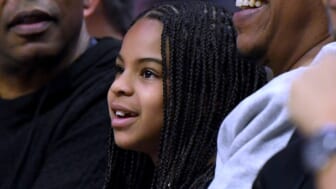 The special, titled Adele: One Night Only, will air on Nov. 14, five days before the release of her new album, according to a CBS press release. This is slated to be her first exclusive sit-down television interview.

This comes after Winfrey’s exclusive, revealing interview with Prince Harry and wife Meghan Markle, where they shared their experience contending with racism from the royal family.

The release states that the special will “feature an exclusive interview with Adele by Oprah Winfrey from her rose garden, in Adele’s first televised wide-ranging conversation about her new album, the stories behind the songs, life after divorce, weight loss, and raising her son.”

The interview comes after the “Someone Like You” singer recently gave an interview to Vogue about her personal life, including her budding new romance with Rich Paul, founder of Klutch Sports and the agent for Los Angeles Laker superstars LeBron James and Anthony Davis, among others.

In addition to the interview, the release says that the special will include “an extraordinary concert performance that includes the earliest opportunity to hear her first new material in six years.”

This will give fans a sneak-peek into songs that will be included on 30, her first album since 2015’s 25, which has been certified diamond by the RIAA.

So far, one single has been formally released in the form of the piano-driven ballad “Easy On Me.” Released on Oct. 14, “Easy On Me” broke Spotify’s streaming record with 24 million streams in 24 hours, as reported by The Jasmine Brand. The accompanying music video is currently at 83M views.

This will be the third such TV special that Adele has done. In 2012, she released Adele Live In London, an interview with NBC’s Matt Lauer to discuss the success of her diamond-certified 21 album, according to IMDB. It also featured performance footage from her Royal Albert Hall concert that year, which was also released as an album and DVD. 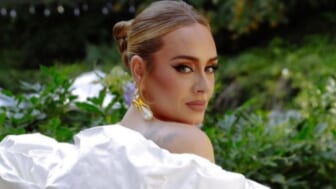 In 2015, she did the special Adele Live in New York City, a concert performance at Radio City Music Hall hosted by Jimmy Fallon, released three days before her 25 album.

For 30, Adele is slated to collaborate with a mixture of acclaimed producers. This includes Ludwig Göransson, the principal producer for Childish Gambino, Max Martin, the hit-making songwriter behind The Weeknd’s “Building Lights” and “Save Your Tears,” and Inflo, the elusive British producer/multi-instrumentalist behind critically acclaimed alt-R&B and Hip-Hop this year from Sault, Cleo Sol and Little Simz, as previously reported by theGrio.