Michael Hetle also threatened to shoot the victim's wife, who witnessed the shooting.

Michael Hetle, a former NASA employee who allegedly used a racial slur against his mixed-race neighbor, has been found guilty of shooting the man dead.

Hetle, 52, shot Javon Prather, 24, seven times and threatened to shoot his wife who witnessed the killing, PEOPLE reports. Prather and Hetle, a white former police officer and NASA executive, have apparently clashed over issues such as loud music, dog poop, and drinking since 2016.

Hetle’s Ring doorbell camera captured the March 3, 2020 incident. Prather was standing on Hetle’s porch and knocking on the door at the time, local news outlet WTOP reports. Hetle allegedly boiled over with anger when local police and the Maryland National Guard failed to act on his complaints about Prather, The Washington Post reports. According to Hetle’s attorney, George L. Freeman IV, his client believed Prather was armed when he showed up on his doorstep.

Freeman argued that firing six rounds at Prather while he tried to run away was self-defense. Several neighbors witnessed the killing, including Prather’s wife, Janelle Prather. After Prather collapsed on Hetle’s driveway, he fired again before threatening to shoot Prather’s wife.

“You want it too?” Hetle asked her, according to the Post.

Prosecutors said Hetle’s actions were “not self-defense, that it was murder in the first degree, which is murder with malice and murder with premeditation.”

Prosecutors noted that “racial animus was a contributing factor” in the incident. According to testimony given during trial, Hetle often referred to Prather by a specific racial epithet.

“Evidence submitted during the trial revealed that racial animus was a contributing factor in Mr. Hetle’s actions,” he said in a statement obtained by PEOPLE. 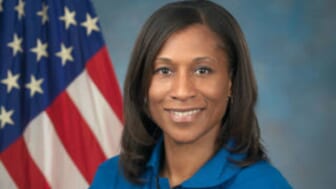 Hetle testified that his neighbor threatened him on numerous occasions, including once with a knife. He also claimed Prather stalked him as he walked his dog.

“It was this look of pure rage,” Hetle said of Prather’s face before he shot him. “His eyes were wide and bloodshot.”

On the morning of the shooting, Hetle reportedly sent an email to the neighborhood association warning that his feud with Prather could “result in tragedy,” Fairfax County prosecutor Joe Martin said.

Hetle, a former Washington state police officer, fatally shot two people in the line of duty; both slayings were reportedly found to be justified. He was once accused of bias by an Ethiopian immigrant during a traffic stop, according to the report.

Hetle is scheduled to be sentenced on January 28, 2022. He could spend the rest of his life in prison.