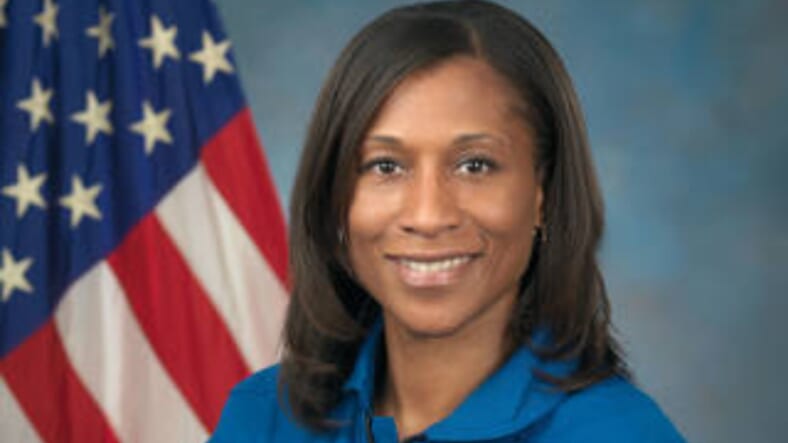 An epic ‘Congratulations!’ is in order for Jeanette Epps who is set to make history very soon as the first Black woman to both live and work on the International Space Station for a long-duration mission.

Tuesday it was announced that the 49-year-old astronaut had been assigned to the NASA’s Boeing Starliner-1 mission. It will be a six-month expedition aboard the orbiting space laboratory, which will be launching in 2021.

READ MORE: LeBron James gets emotional during the filming of ‘Space Jam 2’

Joining her will be fellow NASA astronauts Sunita Williams and Josh Cassada.

“I’m super excited to join Suni Williams and Josh Cassada on the first operational Boeing crewed mission to the International Space Station,” Epps beamed during her own video announcement shared on her Twitter page.

“I’ve flown in helicopters with Suni flying and I’ve flown in the backseat of a T-38 with Josh flying, and they are both wonderful people to work with, so I’m looking forward to the mission.”

Although Williams and Cassada were assigned to the Starliner-1 mission back in August 2018, this will be the first spaceflight for Epps who previously worked for the CIA as a technical intelligence officer for seven years before becoming a member of the 2009 astronaut class.

“A huge congratulations to Dr. Jeanette Epps for joining the Starliner team,” Williams shared in a video of her own. “Looking forward to working with you and flying with you, Jeanette.”

“Welcome to the team, Jeanette!” Cassada said in a statement. “We’ll see you soon.”

Epps was initially scheduled to become the first Black astronaut to participate in a long duration mission aboard the ISS back in 2018, but she was replaced six months before the launch with no explanation.

When asked if she believed there was any racial bias at played a part in her removal she responded, “There’s no time to really be concerned about sexism and racism and things like that, because we have to perform.”

Prior to her mission next year, on Oct. 23th, Victor Glover is scheduled to become the first Black astronaut to live and work on the ISS when he embarks on the SpaceX Crew-1 mission.