Keys says she did not even realize the rapper joined her and Jay-Z on stage.

The MTV Video Music Awards has given the culture some of the most iconic live stage performance moments in history. This year, Chlöe Bailey licked her microphone at the end of her performance of “Have Mercy.” Beyoncé received a well-deserved standing ovation for her first solo performance in 2003. And then there’s the legendary three-way kiss between Britney Spears, Madonna, and Christina Aguilera.

Harlem rapper Lil Mama can also count herself among the shortlist of memorable VMA moments, courtesy of her infamously interrupting Jay-Z and Alicia Keys while the duo performed their now iconic song, “Empire State of Mind.”

But apparently, all is water under the bridge, at least for Keys.

While talking to the hosts of The Morning Hustle Show, Alicia Keys said she’s forgiven the “Lip Gloss” rapper for her impromptu stage appearance. “Of course,” Keys said about whether or not she forgives Lil Mama.

“Of course. Listen, to this day, I truly never knew she was even on the stage — that’s the craziest part of the whole thing for me. I was on that stage, JAY was in the middle, she was on the other side of JAY, and I never saw her. Never.” 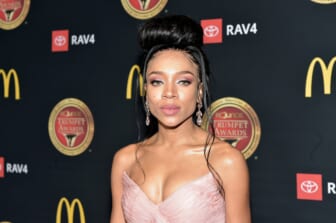 Keys continued, “So umm, that was wild to me. But I absolutely — it’s not even a statement. That was then. You know, she’s from New York, too. You know, I think she really felt the energy of the record and she loved it and she couldn’t hold herself back. Look, this is what my music does to people. What can we say?”

In 2009 after the incident happened, Lil Mama said to MTV News: “I want to apologize. I wasn’t trying to be disrespectful … I was feelin’ it and it just happened,” Mama said the time. “As I’m walking, I stop, and I’m like— ‘come on, come on, let’s go,’ to Beyoncé, And she’s like, ‘What?’ She couldn’t believe it,” she recalled.

In an interview with Complex in 2015, Lil Mama elaborated on what moved her to interrupt the performance.

“I was trying to celebrate the city. Now that I’m a woman, how crazy would it have looked if she walked up there? They would have been like, [Beyoncé’s] jealous, she can’t stand to see [Jay-Z] with another woman. I am, someone who’s not in that state of mind, not thinking that way, just caught up in the moment. I look back and think, damn, she was right. I was tripping.”

Lil Mama’s stage crashing moment is something she appeared to never live down — not to mention she became a perpetual meme and even continues to be today. Earlier this year, Lil Mama said she attempted to reach out to Jay-Z and Alicia Keys to apologize, but said she had yet to hear back from the music superstars. 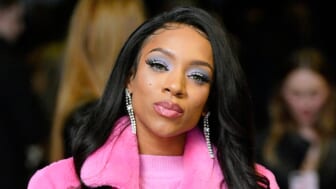 “I entered the industry as a teenage Black girl from Brooklyn & Harlem NY,” Lil Mama told a fan on Instagram. “These situations are with mature adults at least 10 years my senior. I reached out in private to create an opportunity for communication and clarity.”

She also told the hosts of The Breakfast Club that the memes and backlash she endured was hurtful. Mama explained that she was grieving the loss of her beloved mother while trying to navigate the harsh response.

While Jay-Z has not said anything in recent years about Lil Mama’s stage crash, he did speak out about it at the time.

“To interrupt that moment for us, I don’t think that was the right thing to do,” he told radio host Angie Martinez. “It was a lot of planning that went into that performance. To disrupt that was outta line.”