The star-studded concert coincided with the announcement of the #YouTubeBlack Voices Class of 2022.

YouTube hosted an exclusive concert at New York City’s Apollo Theater Tuesday to celebrate the announcement of its #YouTubeBlack Voices Class of 2022. 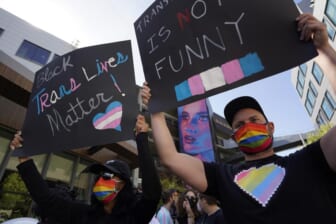 Headlined by Mary J. Blige and Jazmine Sullivan, the event coincided with Advertising Week in New York and featured performances by Yung Baby Tate as well as up-and-coming artist Yendry, a Dominican-Italian ingénue who warmed up the Apollo and online audiences with her brand of World pop music. Backed by a four-piece band, Yendry sauntered across the Apollo stage as bright lights shined throughout the Apollo audience via their LED YouTube wristbands. She captivated onlookers for five songs before Yung Baby Tate, daughter of Grammy-nominated singer Dionne Farris, took the stage.

Armed with her all-woman ensemble of two dancers and a DJ, Yung Baby Tate went back and forth between rapping and singing as she navigated the trap rhythms and anthemic hooks of her five tracks.

Sullivan and her band immediately appeared on stage to colossal cheers as she broke into fan-favorite “Bust The Windows.” The Grammy-nominated vocal powerhouse brought the crowd to their feet with “Pick Up Your Feelings” and “Girl Like Me,” two songs from her current project, Heaux Tales. She ended her mini-set with “Let It Burn” and “Need You Bad,” to which the audience drowned her out as they sang along. 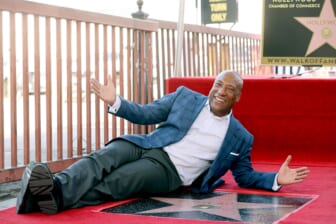 Hip-hop legend D-Nice did a 15-minute DJ set to keep the crowd energized for Blige, who came out to a standing ovation as she ran through a medley of her greatest hits. Blige blessed fans with her signature “Mary Bop” dance as she sang cuts like “Real Love,” “Be Happy,” and “Just Fine” before ending the night with “Family Affair.”

Tuma Basa, YouTube’s director of Black Music and Culture, described the concert — with rising stars Yendry and Yung Baby, R&B superstar Sullivan and living legend Blige — as an example of how YouTube can lead young, new creatives to the path of greatness. Basa described YouTube’s process as “goin’ in,” or displaying maximum focus and effort.

Basa described the ingenuity of Black creatives using YouTube as a method of “discovery and rediscovery,” as well as tracking the progress and evolution of the artist and that artist’s acumen for distributing their art, adding that the concert was “bringing YouTube to life.”

The streaming giant started the #YouTubeBlack Voices Fund as “a multi-year commitment dedicated to spotlighting and growing Black creators and music on our platform, by giving them access to resources to help them thrive on YouTube.” On Thursday, YouTube announced its Artist Class of 2022 for #YouTubeBlack Voices, having selected over 20 artists from all corners of the world form Louisville, Ky. to Detroit to Toronto to Pretoria, South Africa. Each artist will receive seed funding for YouTube page development, dedicated partner support from YouTube, and access to training and programming programs that help with production, fan engagement and well-being.

Legendary rapper Slick Rick was chosen as a mentor to assist the class. “It’s an honor to partner with YouTube via the #YouTubeBlack Voices Fund initiative to utilize my platform and art to share as an example of what endurance, the power of imagination and pure authenticity look like,” Slick Rick said in a press release.

The education programs will partner with community organizations around the world. “We learned so much from the last cohort,” Bosa said. “So that’s part of the ‘goin’ in;’ the depth in the underrepresented voices that we’re talking about is identifying not just when somebody blows up or they’re hot, [but] when they’re in the process.”