The model opened up about her mourning methods on the parenting site "Scary Mommy."

Chrissy Teigen recently revealed the unorthodox way she and her husband John Legend are keeping the memory of their late son Jack alive.

In an interview with parenting site Scary Mommy, the mother of daughter Luna, 5, and son Miles, 3, shared that after losing her third child in September 2020 at 20 weeks of pregnancy, her healing journey has led her to a place where her family now travels with her son’s ashes.

Some may raise a brow at this decision. However, she explained given how involved Luna and Miles were in her pregnancy, it would’ve been impossible to hide her miscarriage from them. 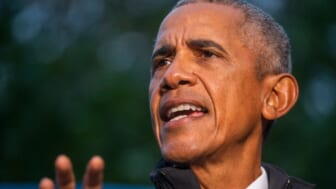 “They saw the experience of the home ultrasounds and the nervousness of ‘This isn’t going well.’ Or it was me going to the bathroom, and Luna would be at the door when I came out, and she would say, ‘Are you bleeding still?’ She knew everything. So there was going to be no escaping it, even if I wanted to,” Teigen recalled.

She continued, “We told them that we lost him, but it wasn’t really until we got his ashes back, I think, that they started to be able to say, ‘OK, this happened. Here he is now. He didn’t make it.’ It was something for them to be able to put a story to, where we could say, ‘OK, Jack is in here and he is going to stay with us. And maybe one day we might release him. And he loves that we still think about him, and he loves that we’re still emotional about him, but more than anything, he loves that we talk about him. That makes him really excited and really happy.’ So they know that he’s still very much a part of our lives.” 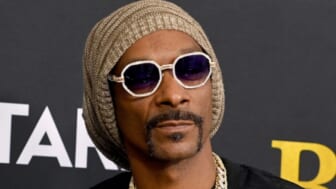 Also Read:
Snoop Dogg reveals passing of mom: ‘An angel for a mother’

The 35-year-old explained that while she doesn’t think she or her family will ever understand why Jack didn’t make it to full term, the way that she’s explained his passing to his children has created a joyful way to acknowledge their loss and keep his spirit close.

“At school when they draw things, they draw him as an angel. We talk about it a lot. What felt comfortable for our family was him always being around,” she shared. “Whether we go on a vacation or something, they always say, ‘Don’t forget baby Jack.’ And then I have to pack him up. And then we get to where we’re going, they’re like, ‘Oh my gosh, he must be thirsty.’ This might sound crazy to people, but they’ll put a little glass of water next to his little box of ashes. And they really love being a part of it.”

Reflecting on the silver lining of what has arguably been one of the hardest years of her life, Teigen acknowledged, “It took a lot to get there. I don’t hold any anger, and I attribute that to so much therapy. I was kind of an angry brat before. I would get riled up at the smallest things.”

“I just feel more like [a] complete, whole person. It’s silly, but it’s really the little things. I love listening to music, and I love driving my kids around and taking them for a little staycation, like I did this last weekend, and that wouldn’t have happened a year ago. I feel like I’m a better mom, I’m a better wife, and I’m a better friend. I love being a part of the world.”