Snoop Dogg reveals passing of mom: ‘An angel for a mother’

The rap icon shared over the weekend that his beloved, long-ailing mother, Beverly Broadus Green, 70, had died.

He paid tribute to his mom in a series of Instagram posts.

“Mama thank u for having me,” he wrote, captioning a photo of Broadus Green and himself. In a second, he wrote, “Thank u god for giving me an angel for a mother,” accompanied by a photo of his smiling mother, wearing a lovely red dress and hat, holding flowers.

Broadus Green died after a lengthy illness. In July of this year, Snoop asked fans to pray for her, writing that she had “opened her eyes to c us and let us know she still fighting.”

Broadus Green, also known as Beverly Tate, was an evangelist and author. She published a book in 2014 called Real Love II.

The description notes that it is “the detailed journey of a celebrity mom and extraordinary woman … mother of four sons, including rapper/hip-hop artist, Snoop Dogg.” It adds that the story “shares her journey from her roots in the Deep South to the bright lights of Hollywood.” 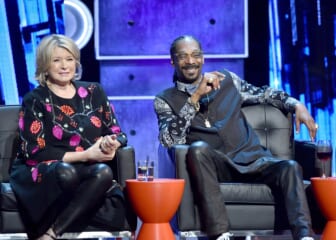 “It’s more than a sharing of her experiences,” reads the description, “but it’s her story about how she learns just how deep God loves her and that it is His love that is truly the real thing.”

Born in McComb, Mississippi, on April 27, 1951, Broadus Green celebrated her 70th birthday this year, and OnDaSpotLive captured an interview with her that was shown at her birthday party.

“It’s been a joy coming to this,” she said, “even though there were times when I thought I wouldn’t make it. I’ve been a sick woman, in the hospital for six weeks at a time, and didn’t know, but the God that I serve, he told me it wasn’t time, and he let me live on just a little bit longer. And I’m so happy. I’m so blessed.” 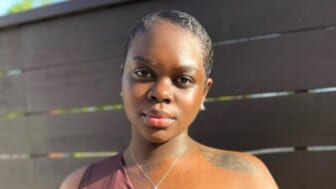 The passing of his mother comes just days after Snoop celebrated his own 50th birthday with a “Players Ball”-themed soiree.

Ironically, on Saturday, Dr. Dre shared a message of support he received from Snoop, one in which the MC encouraged the iconic producer, on Instagram, to take his hurt, anger and pain and “make something magical.”

“They say Snoop Dogg is an icon, he’s a God, he’s a king, but there’s one ni**a to honor, and that’s you,” Snoop told Dre. “So you get your sh*t right and focus on being great. Take all that negative energy, all that sh*t that you dealing with: the death, the fu**ing lawsuits, all that sh*t, put it all in your mind and your spirit and make something magical, ni**a.”