Issa Rae opens up about ‘Insecure’ legacy: ‘For us, by us’

Insecure season 5 is finally here, and ahead of Sunday night’s premiere, Issa Rae reflected on the series and spoke to what she believes its legacy will be.

From hilarious performances from strong supporting characters like Natasha Rothwell and Amanda Seales, to killer soundtracks and heartbreaking storylines, Insecure was able to fill a void in the television landscape when it premiered five years ago. On Sunday, the series premiered its fifth and final season, and Twitter absolutely went up for the show, with it trending at number one on the social media app that night.

At Thursday night’s premiere party, Rae opened up about the series to The Hollywood Reporter. 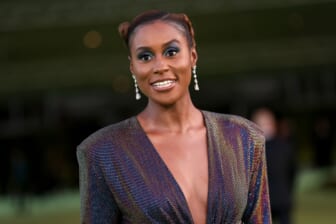 Speaking of the show’s impact and rabid fanbase, Rae told the outlet, “I didn’t anticipate how much in their feelings people would be and how much they would put on us to deliver.” She added, “It’s done now, so nothing I can do about it!”

In many interviews from last week with hosts like Tamron Hall and Gayle King, Rae has been reflecting on the positive aspects of the series ending. At the premiere, she revealed to The Hollywood Reporter that while it is a happy thing, that doesn’t mean she wasn’t emotional when the series came to an end.

“I had been talking a lot of sh-t all season, like people asking me, ‘Is it going to be bittersweet?’ And I was like, ‘More sweet than bitter!’” she explained. “And then literally filming myself crying on the way to set like, ‘What is wrong with me?’ It caught me. But I’m just happy. I’m so grateful I got to work with these amazing people, and I’m in celebration mode.” 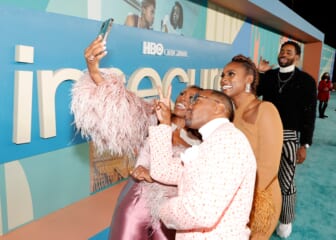 As for the series’ legacy, she shared, “We always talked about this journey that we wanted to follow from being insecure to being comfortable in your insecurities to being securely insecure.” She added that the show, “was for us, by us and opened the doors for a lot of your faves.”

In her interview with King on CBS Mornings, she shed light on opening the doors for Black talent in Hollywood. “We changed each other’s lives…we all have a mission to open the door and to keep the door open, to make sure that we created a pipeline.”

She added that the excuse in Hollywood for not hiring Black talent is often based on “not having experience,” and that if anything, the show offered five seasons of experience for the Black talent to launch their careers.