Issa Rae spills on her wedding, final season of ‘Insecure’

The actress, writer and creator opened up on the "Tamron Hall Show" about ending '"nsecure" on a "high."

Issa Rae is gearing up for the fifth and final season of Insecure, and she stopped by the Tamron Hall Show to spend an hour discussing the upcoming episodes and her star-studded wedding last summer. It was Rae’s first interview since marrying longtime partner Louis Diame in July. 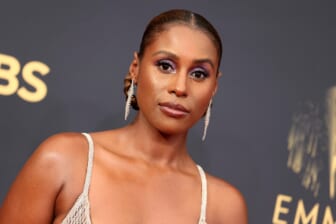 Speaking to how she maintains a private life while being a public figure, she told Hall that she wanted to tell her wedding story “her way” without having it first announced by Vera Wang, who designed her dress, or tabloids. “It was just a beautiful experience,” she said. “People tell you that it goes by fast, and they’re right. But my thing was, it was a party. At the end of the day, it was just a big party. And it was a lot of fun.”

“I feel so blessed to be surrounded by people who took the time out to just come and celebrate, and that’s something that I’ll cherish for the rest of my life,” she said.

Later in the interview, Rae dished on the new season of Insecure, telling Hall that she is “really excited for people to see it.” When asked why she wanted to end the show now, she stands by the creative decision. “I knew since season one I wanted to end this show…five seasons to tell a concise story without like dragging it out felt right to me, just on a creative level.” 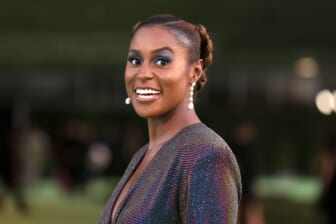 Also Read:
Issa Rae opens up about life as a newlywed, possibly becoming a mother

Speaking to “ending on a high,” she told Hall, “My mom was always like, ‘Never overstay your welcome.’ I’m just appreciative that people are gonna miss it. And you know, I hope that’s still true when it ends.” Her Insecure co-star Yvonne Orji also shed light on the final season during the episode, specifically the series finale. “She wrote an amazing finale and Prentice (Penny) did an amazing job directing it…I don’t think there was anything else left on the table,” Orji said.