"And this is why I carry a full makeup kit wherever I go for work," British-Jamaican model Leomie Anderson wrote.

In the clip, which has racked up over 250,000 views, Anderson shared behind-the-scenes footage of what it was like for her at the Christian Cowan Show at New York Fashion Week. She walked the show last month.

“And this is why I carry a full makeup kit wherever I go for work,” she wrote in the caption of the video, called “the realities of being a Black model during fashion week.”

Viewers then see her enduring really bad makeup at the hands of what she calls “trash” make-up artists.

“I asked who could do black make-up, why do I look like I work in the mines?” she asks via the subtitles on the video before sharing footage of her having to take her make-up off, noting, “I told him it wasn’t my color.” 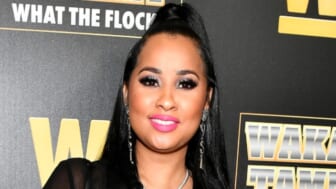 Anderson then revealed the hairdressers on set were “hurting her” as they struggled to work with her natural hair, adding she was told to wash her own hair to make up for their lack of expertise.

“No one dried it until the last minute,” she went on about her hair before updating that a second makeup artist attempted to fix her face to no avail. 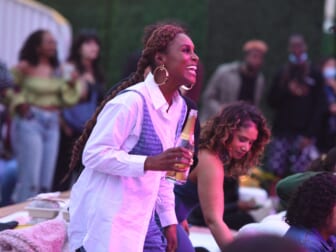 “By the time I walked the runway I wanted to go home,” she revealed despite the gorgeous images of her strutting the runway looking stunning thanks to her ability to do her own glam.

“Please hire more black hair and make-up artists so we don’t have to go through this.”

In the last few days, this compelling commentary on what Black models really go through has been shared widely all over social media. Viewers have been stunned that things are really still this bad in 2021 when Black beauty professionals are abundant and easy to find.

It’s worth noting that Anderson is no stranger to high-profile fashions shows. She was the first-ever Black model to become a Victoria’s Secret Angel and previously walked for Ralph Lauren, Oscar de la Renta,  Giorgio Armani, Burberry, Moschino, and Chloe among other notables.

This also isn’t her first time speaking out about the ongoing inequities for Black women in fashion. In May, she told the Guardian: “There are more opportunities for Black models today. When I started it was an isolating experience, you really felt alone. But often the motivation of brands or companies is tokenism or the fear of being called out. Ticking a diversity box isn’t good enough. That’s presentation, not structural change.”

“Black women are asked to do a lot of free labour, to speak up on everything,” she continued before admitting, “some days I don’t feel like it. I’m a human being, not a machine, but that doesn’t mean I don’t care. “