Banks ripped the rapper and the comedian in a series of Instagram posts.

Dave Chappelle and Boosie Badazz have each generated a lot of controversy of late for expressing their thoughts on the LGBTQ+ community. Azealia Banks has a response for them both.

“Dave Chappelle is also about four years late to the transphobia outrage attention grab,” she wrote in a recent Instagram Story. “And Lil Boosie gets no extra streets cred for antagonizing a young black kid for who he chooses to love…Lil Nas X is not the catalyst for the generational debris left behind from centuries of psychological terrorism and the sexual exploitation of black men AND women on southern plantations via forced slave breeding/buckbreaking/bed wenching.” 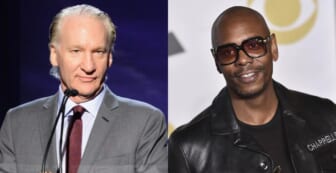 Banks believes Chappelle is not being honest about his desires: “You are more than obviously attracted to transwomen. And that is okay! Life is short, explore!”

Chappelle has been under fire since the release of his latest Netflix standup comedy special The Closer, largely in part due to what many perceive as transphobic comments from the comedian. Many have demanded Netflix remove the special altogether, which the streaming service refuses to do. The staff organized a “virtual walkout” last week.

The comedian refuses to back down, though he said he’s willing to speak with Netflix employees who oppose his special but “under certain conditions.” Chappelle said he’s “not bending to anybody’s demands,” while adding, “Do not blame the LBGTQ community for any of this s—. This has nothing to do with them. It’s about corporate interest and what I can say and what I cannot say.” 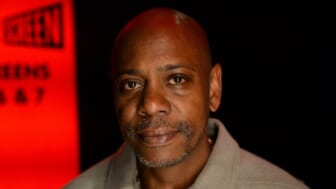 Boosie’s once again targeted the Montero rapper’s openness with his sexuality last weekend. Nas X has largely ignored Boosie and his homophobia until recently where he joked that he had a collaboration with him in the works. In response, the Louisiana rapper called Lil Nas X a “f*ggot” and told him to commit suicide.

Banks said that Lil Nas X is not responsible for the “systemic oppression thru food apartheid, anti-literacy laws, and the for-profit prison industrial complex.”

She took particular issue with Boosie telling Lil Nas X to take his own life.

“The fact that you have the confidence to publicly suggest he kill himself for living a life free of all the things that have completely obliterated your ability to see yourself as anything other than a ward of the state is absolutely heartbreaking,” she wrote.