The host/comedian declared himself "Team Dave," after Chappelle received backlash from the LGBTQ+ community for his Netflix special.

Although Dave Chappelle is getting some heavy criticism for his Netflix special, The Closer, some people have come to his defense, including Bill Maher. The host addressed the controversy during his HBO talk show, Real Time with Bill Maher.

On Friday, Maher called out the people who criticized Chappelle over jokes he made about the transgender community, saying “everyone needs to Netflix and chill the f–k out on this one.” Maher also quipped about how people are not more outraged at other programs, singling out the Netflix series, Squid Games. 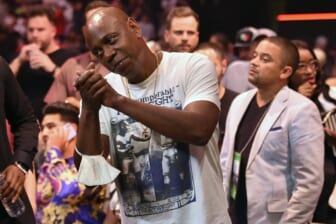 “Really? Dave’s special is offensive but not the show where the Koreans murder each other for money?” Maher continued. “I think people jump to conclusions, people haven’t seen it. Just because people call Dave transphobic doesn’t mean that he is.”

The subject was discussed further in the episode during a segment with former New York City mayoral candidate Andrew Yang and New York Times writer/author John McWhorter. Maher, a stand-up comic himself, contended that it’s possible for you to enjoy Chappelle’s jokes without subscribing to transphobia. “I’m ‘Team Dave’, but that doesn’t mean I’m anti-trans. We can have two thoughts in our head at the same time.”

Yang said the public needs to have a better understanding of a comic’s role in society and that they shouldn’t have certain burdens or constraints put on them over the subject matter of their material.

“Being a comedian seems like a really, really tough job,” Yang said. “I think we can agree that a comedian’s primary role is to entertain, and it’s sometimes to make us think. But no one thinks it’s a comedian’s role to tell us how to think or what to think. And attributing that role to Dave or any other comedian doesn’t serve art, the artist, or society at all.” 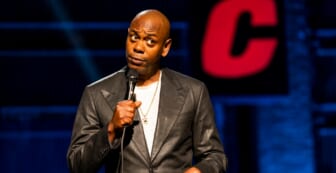 Actor and comedian Damon Wayans felt that Chappelle has freed comedic “slaves” by refusing to censor himself, as previously reported by theGrio. “The comedians, we were slaves to PC culture,” Wayans said. “As an artist, he’s Van Gogh with his ear off. He’s trying to tell us, ‘It’s okay.’ ”

Jon Stewart, comedian and former host of Comedy Central’s The Daily Show, insisted that his long-time friend is not the type of person who tries to hurt people with this comedy, the New York Post reported.

“Look, if this spurs a conversation where people get more on the same page in terms of understanding, that’d be great, but I know his intention is never hurtful — like, he’s just not that kind of person,” Stewart said. “And if it is [hurtful], it’s certainly unintentional … He’s really a good man.”