The project is Hart’s dramatic series debut and he also serves as an executive producer.

Netflix has announced the release date for the dramatic limited series True Story featuring Kevin Hart and Wesley Snipes, and the first look images can be viewed below.

In True Story, Hart plays Kid, a fictional version of himself. Per the streamer, the series centers on Kid (Hart) who makes a tour stop in his hometown of Philadelphia and it becomes a matter of life and death for one of the world’s most famous comedians when the consequences of a lost evening with his wayward older brother (Snipes) threaten to destroy everything he’s built.

The project is Hart’s dramatic series debut and he also serves as an executive producer.

True Story is executive produced by Narcos and Narcos: Mexico showrunner Eric Newman, under his overall television deal with Netflix.

“[Hart] called me out of the blue, I didn’t know him, and his pitch was simply, ‘I want to kill someone,'” recalls True Story creator Eric Newman in an interview with Entertainment Weekly. “He was calling the project, ‘Crazy Kevin.’ But I wasn’t at all drawn to the idea of Kevin as, like, Dexter or Barry. As I did some research on Kevin, I was struck by how ambitious he is, how vast his empire is, and it dovetails slightly with the theory that I’ve been cultivating for a long time, which is the common sociopathy in really successful people: I believe a lot of them are capable of killing somebody. And I certainly thought Kid as a character would kill to protect what he had built.”

He adds: “I’m really blown away, and yet, also not surprised that Kevin is as good as he is. My hope is that people are going to say, ‘Wow, who would have thought?'”

Hart tells the publication of his role: “This was an opportunity for me to step outside of my norm and partake in a genre of this craft that I never imagined that I would get to. My road to this type of role has been a long one, and I wanted to make sure that it was something that I could do and have my fan base really believe in, respect, and say, “We’ve actually witnessed him work his way to get here.” Doing The Upside was strategic, doing Fatherhood was strategic, and now doing True Story is strategic. This is about me finding new excitement in my craft, in my talent, and putting it on display.”

When asked how “surreal” was it getting to work with Snipes, Hart replies: “I can’t put words to it. I grew up watching Wesley and emulating Wesley, and the fact that now that’s my guy, my brother, my friend, my costar — it’s everything, plus more.”

Hart describes the series to EW as a “thriller; it’s like you’ve never seen me before. It’s a little artistic play.” 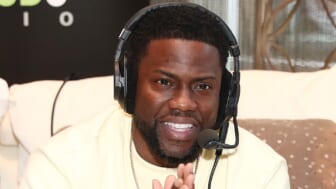 “We wanted to raise the level of curiosity, like, “What is Kevin trying to say? Is he playing himself?” We never refer to the character by name, just Kid. And Kid’s life kind of parallels mine to a certain degree, and then it’s exaggerated in some places. But ultimately it’s a question of, How far would you go to protect the things you’ve worked hardest for? Where would you go to make sure those things remain yours and are never taken from you?” he continued.

“I can say just vaguely, because I don’t want to say too much, when life throws certain obstacles and challenges at you, sometimes you don’t even know what you’re capable of. And that was the biggest thing, we wanted to put our character in a situation where he could ultimately shock himself and truly step outside of his norm to become a person that he never had no idea that he could ever be,” Hart said.

True Story will premiere globally on Netflix on November 24.