A seven-year-old South Carolina boy was fatally shot and his sister struck by gunfire last year when their family home was sprayed with bullets. More than a year later, police have arrested and charged two men for the shooting.

Travon Wilson, 24, and Kwatez Carter, 21, face murder charges for a crime that Columbia Police Chief W.H. “Skip” Holbrook said: “tugged at the heartstrings of every single person in this building from the very beginning.” 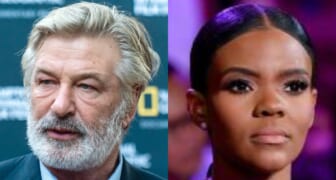 Speaking at a news conference, Holbrook said, “This case has lingered because we have not had cooperation. We are better than this, and I just appeal to our citizens, we’ve got to say, ‘This is enough. It is absolutely enough.'”

At the time of the April 29, 2020 shooting, two adults and seven children were inside the Columbia home. Knowledge Sims, 7, was playing video games when he and his sister Adontis, 13, were struck by gunfire, PEOPLE reports. No other injuries were reported.

Both children were transported to a local hospital. Adontis underwent surgery and survived while Sims succumbed to his injuries.

Per Yahoo Sports, “more than a dozen rounds were unloaded from outside the home by at least two different weapons.” Crime scene evidence linked Wilson and Carter to the killing, Holbrook announced on Wednesday.

According to reports, investigators received little to no help from the public in solving the case. “We had no tips. We relied on the officers beating the street and conducting dozens and dozens of interviews leveraging technology, allowing the forensic examinations to run their course,” the police chief said.

Holbrook didn’t publicize the reason why the gunmen fired on the home, but police do not believe Sims was intended target, according to the report.

“Help us bring the people responsible for this cowardly act of violence to justice,” Holbrook said. “We are asking and appealing to your heart to do what is right, and do it for Knowledge Sims. When is enough, enough? If the murder of a seven-year-old does not put a lump in your throat and tear at your heart, I don’t know what will.” 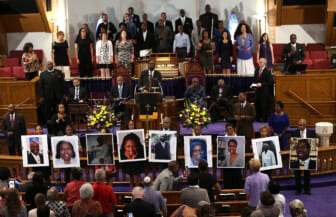 In addition to the murder and attempted murder charges, Wilson and Carter also are also charged with possession of a weapon during a violent crime, assault and battery of a high and aggravated nature, discharging a firearm into a dwelling, and criminal conspiracy, per the report.

Carter was already in custody for an unrelated shooting at the time he was linked to Knowledge’s murder. According to PEOPLE, more arrests are possible.