NeNe Leakes on rejoining RHOA: ‘I’d be happy to return to the show’

In a recent appearance on "The Real," Leakes opened up about returning to the Bravo franchise, but there are certain things she wants to take care of first

Don’t count NeNe Leakes out of The Real Housewives just yet. The reality TV star revealed on The Real that she would be open to returning the series she helped start back in 2008, but a few things would have to happen first.

Often quoted and referenced online, Leakes is a reality star that has certainly made an impact in pop culture. Her popularity on The Real Housewives of Atlanta helped launch her to Broadway (in Rodgers + Hammerstein’s Cinderella), Hollywood (Glee, The New Normal), and beyond. After returning to the series for season 10, Leakes left after three years and took to the internet to air her grievances with Bravo.

While there are still conversations to be had, Leakes shared that she would be open to grabbing that peach again. 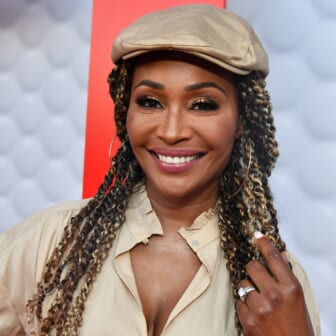 On Thursday’s episode of The Real, Leakes appeared for a chat with fellow Real Housewife Garcelle Beauvais and comic Loni Love. When Love asked if she would return, she explained, “Yeah, sure. I’ll return to the show. I’m okay with returning to the show as long as we can work through a few things. I’d be happy to return to the show.”

She also shed light on her relationship with Executive Producer and co-creator of The Real Housewives, Andy Cohen. Before returning, Leakes hinted that mending her relationship with him would be the first step. She added, “I think Andy and I were really close for a really, really long time.”

She continued, “I love Benny Boo [Cohen’s son, Benjamin] and I helped pay for his baby shower and all those things. I think that Andy and I need to have a sit-down and talk and we’re off to the races!” She also teased that she has “a lot of unfinished business” with “a couple” of the women who are on the upcoming season of the series. 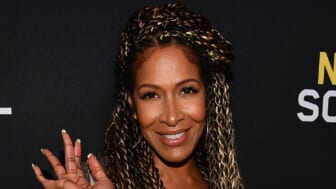 Bravo officially announced a major cast shakeup for the new season of The Real Housewives of Atlanta, theGrio previously reported. One housewife whom Leakes may still have “unfinished business with” is “OG” Shereé Whitfield, who is returning for season 14. The two spent years on the series as frenemies, with some of the show’s most popular moments stemming from their dynamic together. Leakes also got into it with Kandi Burruss and Kenya Moore on her last reunion, with much of their drama still unresolved.

Leakes recently reunited with a few of her former RHOA castmates at the memorial service for her late husband, Gregg Leakes, who passed away in September. Kenya Moore, Porsha Williams, Marlo Hampton, Phaedra Parks, Eva Marcille, and Lisa Wu were all in attendance.