Bravo fans, get ready for a major shakeup in Atlanta. The Real Housewives of Atlanta has officially started production for season 14, with OGs like Shereé Whitfield returning to the game, and mainstays like Marlo Hampton finally snatching a peach.

After a mediocre response from fans in season 13, Bravo has been taking their time before starting production back up for The Real Housewives of Atlanta. As TheGrio previously reported, Porsha Williams and Cynthia Bailey announced their exits from the franchise last month, taking to social media to detail their next chapters.

Now, Bravo has officially announced the season 14 cast through Variety, which seems to be a fresh mix of old and new to hopefully usher the show into a new era. 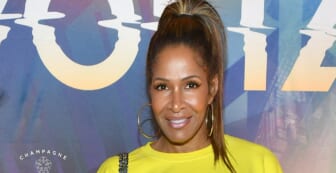 Variety‘s Kate Arthur reports that for season 14, Kandi Burruss, Kenya Moore, and Drew Sidora are the only full-time peach holders returning from season 13, as Bailey and Williams have exited the series for now. Getting a promotion to full-time status is Marlo Hampton, who has been a “friend” of the housewives of Atlanta for years.

Returning to the iconic series is none other than Shereé Whitfield, an “OG” from the first season of RHOA. With plenty of memorable moments like “Who gon’ check me, boo?” and her infamous She by Shereé joggers line, many fans have been demanding Whitfield’s return since her second departure after season 10. Whitfield previously departed the series after season 4 and returned in season 8 for three more years.

Also joining the cast is track star and four-time Olympic Gold medalist Sanya Richards-Ross. There have been rumblings that Richards-Ross was being considered for the series for season 14 since this summer, theGrio previously reported. Outside of her accomplished Olympic career being a dazzling source for a personal storyline, she is also familiar with the reality TV format, as she starred in her own show Sanya’s Glam & Gold on WeTV. 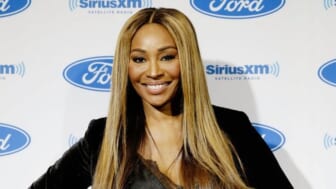 Also Read:
Cynthia Bailey speaks out on leaving RHOA: ‘It was time’

Carlos King, former executive producer of RHOA, opened up to The Jasmine Brand about season 13 of RHOA and the lackluster response from fans, revealing that the current iteration wasn’t “interesting to him.”

Sharing that he believed the season 13 women were, “getting too comfortable,” he told the outlet that he used to tell the women, “You women have a privilege to be the number one show on Bravo, especially as Black women…this show is only going to be as good as the effort you put into it. I am somebody who understands that. But, I also said, ‘You signed up to do the show. So if you signed up to do it, you’ve gotta give what needs to be given.’”

If the season 14 cast shake-up is any indication, fans could be getting the fresh spin on RHOA they’ve been asking for.