A juror in Kyle Rittenhouse’s murder trial was dismissed Thursday after a court security officer reported that the man told a joke about the police shooting of Jacob Blake, which set off protests in the Wisconsin city where Rittenhouse is accused of shooting three people. 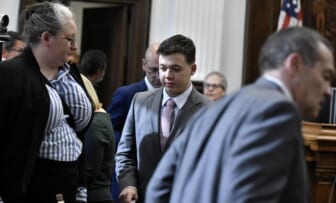 When Schroeder called the juror into the courtroom to discuss what he said, the juror said he didn’t want to repeat his comments. But Schroeder said it was “clear that the appearance of bias is present and it would seriously undermine the outcome of the case” and that the juror would be dismissed.

Rittenhouse, 18, of Antioch, Illinois, killed two people and injured a third during an August 2020 protest against police brutality in Kenosha. The protests started after the police officer shot Blake in the back while responding to a reported domestic disturbance. Blake had been fighting with officers and had a knife. The county prosecutor later declined to charge the officer. 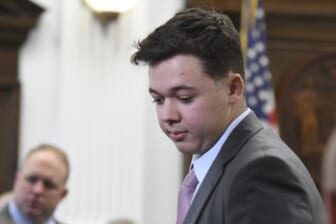 Twenty jurors were seated this week for Rittenhouse’s trial on homicide and other charges, with Schroeder saying he would decide later which 12 would decide the case and which would be alternates.

Rittenhouse, who said he went to the protest that night to protect businesses from being damaged by protesters, could get life in prison if convicted in the politically polarizing case. Prosecutors have portrayed Rittenhouse as the instigator of the bloodshed, while his lawyer says Rittenhouse acted in self-defense.