The former Mr. Olympia champion's death was reported Saturday morning and verified by his trainer Chris Aceto, according to Generation Iron

According to GI, the former Mr. Olympia champion’s sudden death was verified by his former trainer Chris Aceto and others associated with Rhoden, a man regarded as a “modern legend” in the bodybuilding community although his life and career was not without controversy.

Among those who joined the outpouring of condolences via social media was retired bodybuilder Rich Gaspari who said he was “shocked” to hear the news.

“I am shocked to hear of the passing of Mr. Olympia @flexatronrhoden It’s very sad to hear of his passing,” Gaspari captioned an Instagram post on Saturday. “He had always been a gentleman towards me. Shawn had one of the most aesthetic physiques in bodybuilding. My condolences to his family. #rip #ripbrother.”

GI reported Rhoden started training as a bodybuilder in 1992, but a series of injuries plagued his early career and kept him out of multiple amateur competitions.

Rhoden’s health frustrations, per GI, compounded with the grief he experienced following the death of his father, led the emerging bodybuilder to develop an alcohol addiction that further postponed his goals of returning to competition.

However, in 2010, Rhoden earned his professional certification from the International Federation of BodyBuilders (IFBB) after years of recovery, reported GI.

Over the following eight years, Rhoden went on to compete in nearly 30 professional events around the world, earning top-three finishes in approximately 70% of contests he entered.

He won his first professional competition in 2012, taking home top honors at the IFBB Dallas Europa Supershow, following it up with another first-place victory at the IFBB PBW Tampa Pro, according to GI.

In his final competition in 2018, Rhoden became the oldest bodybuilder to claim the coveted title of Mr. Olympia after defeating challenger Phil Heath, who had never lost in his seven straight years of competing. 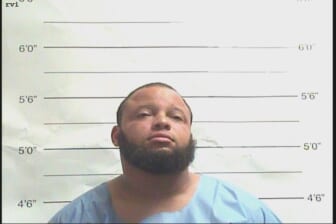 In 2019, per GI, Rhoden was accused of sexually assaulting a female bodybuilder at a Salt Lake City hotel after winning the Mr. Olympia title the previous year. He was banned from the competition with the possibility of readmittance if proven not guilty, but no conclusion was ever reached during Rhoden’s life.

Rhoden’s final Instagram post was uploaded three days prior to the announcement of his passing, captioned: “Brick by brick and patience it will take . See you on the other side.”

“Oh man. This is dreadful. My deepest and sincere condolences to your loved ones brother. 💔 🪦,” wrote bodybuilder and podcast host Roger Snipes in the post’s comments.